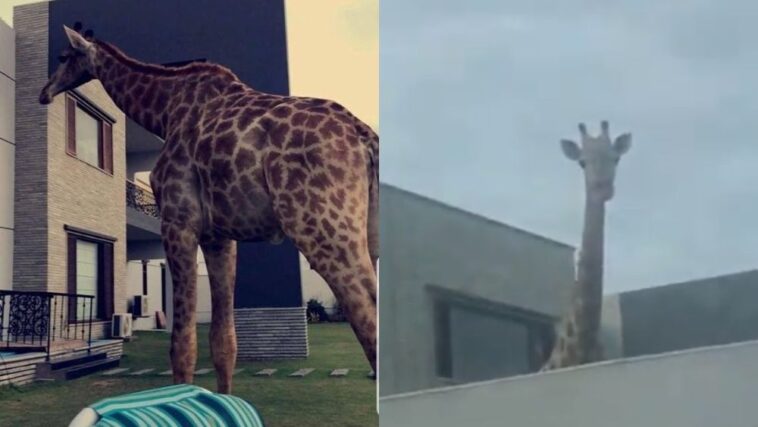 As Karachi gets lashed with heavy monsoon rains, many of us can’t help but catalog what’s going on in our beloved city. And record they did. Someone’s random cruise turned into a scene straight from Jumanji as they spotted 2 giraffes inside a house in DHA Karachi!

Is this surprising? We know that even dogs and cats don’t get the care they deserve in this mismanaged metropolis. But a giraffe? That actually made people stand up and go whoa!

People in Karachi show signs of class-consciousness as a giraffe is spotted in a residential area of the city.

The house where they found this giraffe was reported under inspection last year. When pictures of the giraffes went viral, there was no outcome whatsoever. We hope that things are hopefully different this time around and that the authorities take care of these animals.

People were outraged to see this wild animal being kept as a pet. But this isn’t new. We’ve also seen lions on a cruise in Lahore, DHA.

Giraffes in DHA Karachi; Lionesses in DHA Lahore. What the hell is wrong with the Pakistani elite? (Hint: the answer is everything!) https://t.co/osqG2ZhWC7

Not only is domesticating wild animals like giraffes wrong but it also raises the question of who takes care of them. We doubt the caretakers hired for these ‘pets‘ have the prerequisite qualifications or understanding in animal behavior and welfare.

More evidence that wealth and intelligence are inversely related.

According to reports, Sindh Wildlife paid a visit to the house in DHA phase 6.

We live in a civil society that is governed by laws not by men. Civil society gives a civic sense that is all about having consideration for a fellow human being while living in a civilized society. On the complaints of our respected citizens @sindhwildlife team visited this 1/3 https://t.co/iQlhKzx4bC

permit doesn't entitle to keep an elephant or giraffe
This was not clear in old format of mini zoo permit that is being added under new rules made by wildlife department Government of Sindh.
We will send a fresh request to the owner to shift this from residential area🙏
@norbalm

While this might be the weirdest thing Karachi has seen in 2020, it isn’t the only weird thing happening around this town.

Manghopir Alligators swimming in Surjani.
Floods at Nipa..with kids swimming in it
Snakes near Hub
Lions came out At Gulshan e Hadeed. People catching fishes near Maymar
Jaguar and giraffe spotted at DHA…
Flies and locusts in entire city.
Karachi Rain be Like Jumaji Level 5

We hope that Sindh Wildlife Authority takes immediate action and rescues the giraffes confined in the house when they should be out in the wild. 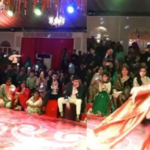 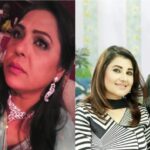