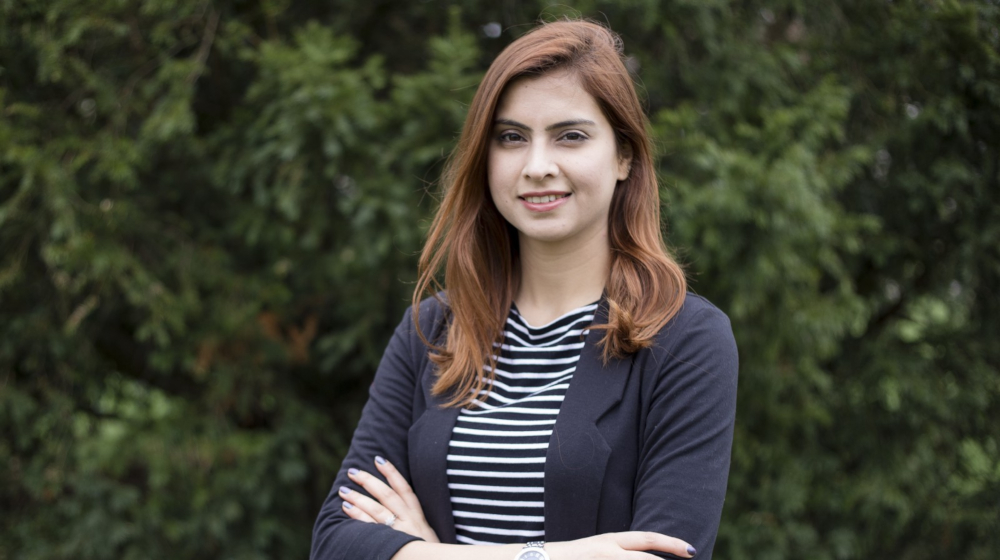 A Pakistani gamer Asema Hassan decided to make her own video games, and that too to combat dementia and other neuro-degenerative diseases.

Asema took her passion for art and integrated that into her career of creating and programming video games. These aren’t just any games (we have plenty of indie developers for that), rather Asema is set to change the world with her creations.

She creates video games that can be used to improve education, promote personal growth, and build communities.

Asema started off creating and developing games when she landed her first full-time job as a software engineer at a game studio. At the time she was enrolled in a Master’s Degree in Computer Science at COMSATS University, Islamabad.

There she developed over 35 educational games before moving to Germany to complete another Master’s in Digital Engineering at Otto von Guericke University.

Asema Hassan is an accomplished video games developer who wants to do more to help people.

Asema specialized in Artificial Intelligence, and now she works as a Virtual Reality (VR) programmer for DZNE, the German Center for Neurodegenerative Diseases.

That’s why she’s developing simulations and games to fight Alzheimer and dementia.

We’re not the only ones excited about this fact. Asema is especially excited about how far virtual reality has advanced. She hopes to leverage its potential and what it means for video games going forward.

It Runs in the Family

Her passion for education, in general, comes from her parents. Her parents founded a school in their village in Azad Kashmir after they lost their jobs in Kuwait at the time of the Gulf-War (1990–1991) and had returned home.

Asema’s experience in the Jhelum Valley Public School is where her drive for educating and learning comes from.

“Never give up, no matter how hard the situation gets, keep moving forward. Enjoy every step of your journey towards a goal. But remember once, you have reached a goal you will look for another one. It’s a natural human tendency to evolve and grow with time and circumstances.”

20 years later the school currently caters to over 350 students ages 5–16. Despite the lack of electricity and Internet access in the areas, Asema’s next goal is to bring gamification to the school to help improve student outcomes.

Bringing the Magic to Pakistan

Asema isn’t one to just sit in a creators lab. The developer is also an advocate in the game development community. She volunteers at gaming conferences.

The most notable of her advocacy efforts is when she co-founded the International Game Developers’ Association (IGDA) Pakistan in 2018. This was all intended to build a community network for game developers in Pakistan.

Asema is currently an Advisor and International Representative of IGDA Pakistan. She offers mentorship and assistance to Pakistani game developers to create a viable career path in games.

Another focus of the IGDA is to ensure quality of game production and improve quality. She is also working with Pakistani Women in Computing (PWiC) to establish PWiC Europe — Berlin Chapter.

The Pakistani woman developer is hopeful that bringing more women in tech will help improve the culture for everyone.

Asema Hassan does not want women to fear getting into gaming and developing, areas that are predominantly occupied by males. She suggests looking for a good mentor as lots of women are already working in the gaming industry right now.

“It is tough for women, but you have to stay focused on what you want. Keep learning and keep improving yourself. Find someone to support and push you.”