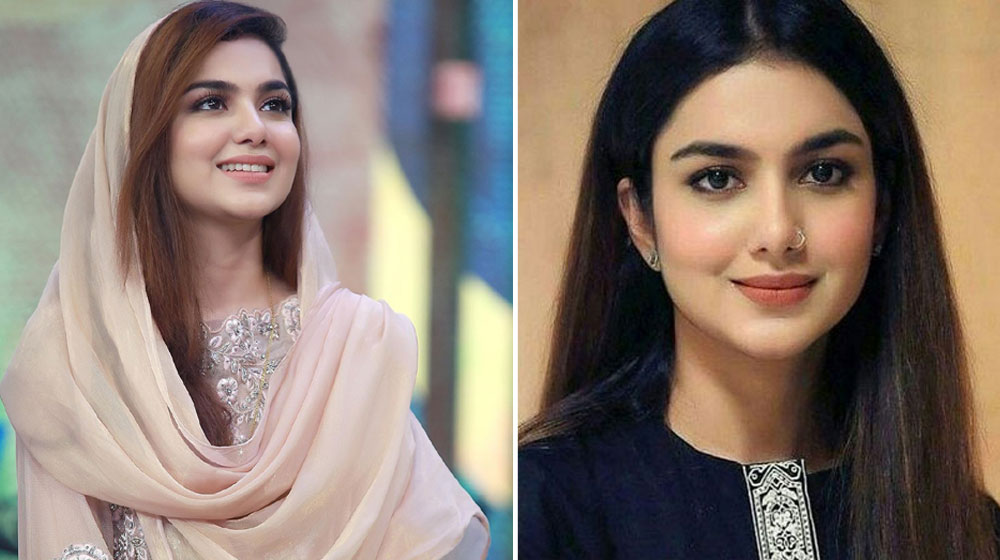 Tuba Amir is one of the many celebrities who are no stranger to online trolling. Ever since her marriage to the renowned TV host-turned-politician, Amir Liaquat, she has been calmly dealing with trolls who have too much time on their hands.

Tuba Amir is one calm soul

A user taking dig at the age difference between Tuba and her husband asked, “Why did you chose to marry Amir uncle when there were better people around?”

Tuba Amir without losing her temper replied that, “He is one of the best from amongst the very best of people in the world.” 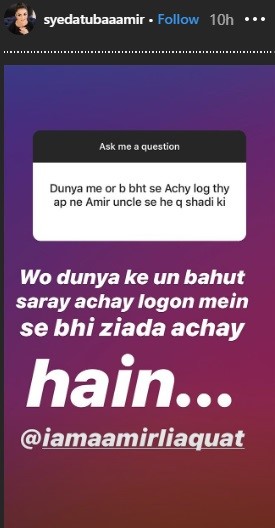 Another such troll asked if she married Amir Liaquat to inherit all his wealth. Syeda Tuba Amir, yet again proving her class, replied that no one has the time or energy to invest in marriage for the sake of money. She added that she was already doing a well paid job way before meeting Amir Liaquat. 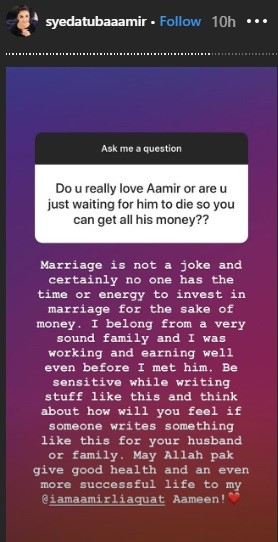 “Marriage is not a joke and certainly no one has the time or energy to invest in marriage for the sake of money. I belong from a very sound family and I was working and earning well even before I met him. Be sensitive while writing stuff like this and think about how will you feel if someone writes something like this for your husband or family. May Allah give good health and an even more successful life to my Aamir Liaquat,”

To a question related to Sajal Aly, she replied that she always admired her. Moreover, a fan also asked about her favorite TV series. Tuba Amir termed it the toughest question ever but she did reveal that she is currently watching Orange is The New Black.