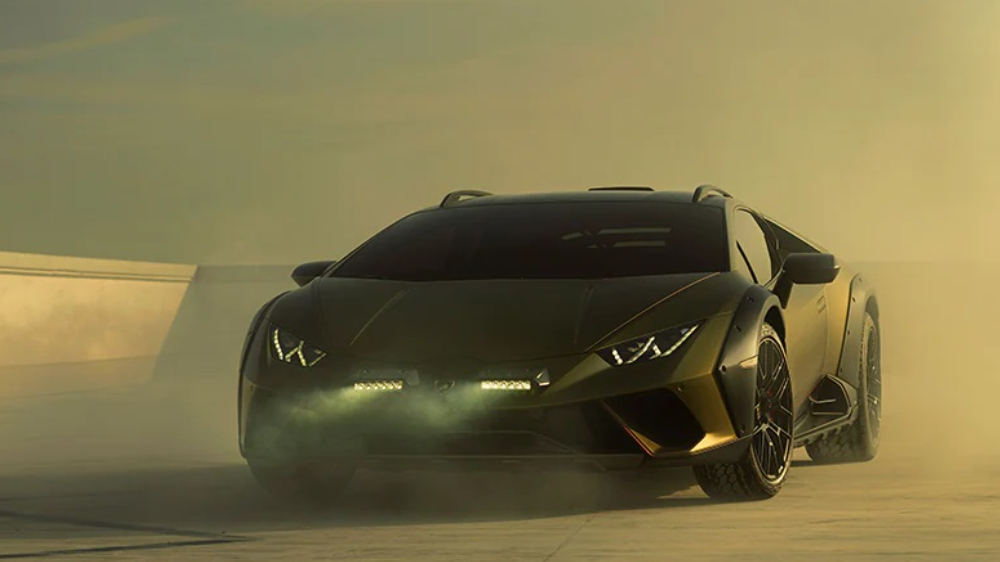 Italian super car brand Lamborghini just dropped a commercial for their new rally-inspired Huracán Sterrato and it is a cringefest.

From selling hawk fragrances to creating Spotify playlists based on engine sounds, Lamborghini has a knack for doing weird stuff while promoting its brand. However, this latest commercial by the luxury sports car brand certainly takes the cake.

In a bid to appeal to the “young” and “hip” audience, Lambo came out with a cringey slam poetry commercial.

The commercial is your standard, by-the-books video montage of a model racing through a desert, performing drifts, and leaving behind a cartoonish trail of debris. The ad is sprinkled in with some fancy-looking people slow-motioning through the scenes.

You absolutely must watch (with sound) Lamborghini's latest debut video. If you make it to 25 seconds, there's no turning back. pic.twitter.com/ZCBVDH2L8S

The final cherry-on-top is a hilariously bad voiceover slam poetry full of vague clichés spoken in a gravely voice. At this moment, Lamborghini should have just hired the Epic Voice Guy (Jon Bailey).

Obviously, Lamborghini has a lot on it plate, designing luxury sports car. Which is why, we’ve taken a few liberties to help “improve” their commercial tenfold. And no, Nida Yasir, we didn’t use any “Formula“. Check it out!

However, if the Lamborghini executives are hell bent on including slam poetry than who better than officer Schmidt (Jonah Hill) from 21 Jump Street.

A thought on that Lamborghini ad – and I'm being serious here – do you reckon they did it deliberately so it would go viral for its sheer awfulness?

It's the sort of bizarre reverse-psychology that I can imagine some 'edgy' ad agency charging lots of money to come up with.

This advertisement feels like it was made by a high schooler. The product speaks for itself, so like, stop talking.

This netizen perfectly sums up the entire commercial with a drawing.

I’ve just seen the new Lamborghini ad and I have translated it for anyone who is unsure as to what it’s all about.

So yes, now I translate perfume and car ads, YOU ARE WELCOME. pic.twitter.com/hgpoK4SH5x

Netizens are having a hard time deciphering phrases like “dust is gold”.

"Dust is gold. Dirt is for the bold… "😂 I think I'm too poor to understand Lamborghini's new ad.

Now we know why we don’t see Lamborghini ads on TV.

remember when they said Lamborghini doesn't make ads cause the people who buy lambos aren't sitting around watching ads…?

yeah well, if this shit is what they make, it's good that they aren't, https://t.co/9jggJ0C1Sq

Thank Goodness Lamborghini makes cars and not Ads, because this is possibly the worst Ad for 2022.

A very real explanation behind the ad.

We fed a million car ads to artificial intelligence and it spat out that mad voiceover script for the Lamborghini Sterrato.