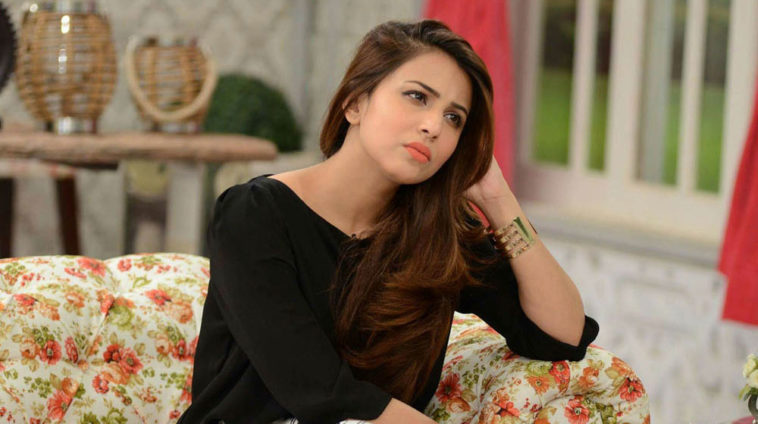 Ushna Shah just did a bad situation worse by acting like an entitled and privileged person. Apparently Ushna insulted and tormented a pizza delivery guy at 2:30am and that too by making him face ferocious pitbulls at that ungodly hour. She then went on to condone her own classism.

The thing about sexism is that men are often subjected to it too and it’s really about privilege. That’s what Ushna Shah ended up doing. Here’s the full story.

When a pizza delivery guy showed up and asked the Balaa actress to receive the food from the doorway, Ushna decided that it was better if the guy could come inside and face her pitbull as she told him to do.

The norm for any delivery is that you receive the food from your doorway, pay the man and he’s off. Sure if you’re disabled and ask nicely the man can place it closeby inside. It’s not their job to place it wherever in the house you want it.

So the actress got pissed, tormented the man with sexist slurs, until he did as he was told because the man needs to get paid. Her choice of words speak for themselves:

“Marrd banein”, “aap ek chaar saal ki bachi nahee hein”, “mardaangi peida Karein” – some of the sexist & demeaning things I said 2 my 2:30AM Pizza delivery guy 2 convince him 2 bring pizza inside as I held my barking & growling Pitbull back.

She thinks the delivery guy was wrong

Ushna Shah was actually sharing the story as a triumph and didn’t realize how wrong she was. While plenty of her fans went on to like the tweet, good netizens called her out for using the power dynamic in that situation to torment a man.

Why are people liking this? You should only be sharing this to confess your embarrassment and tell the world that you apologised to that poor guy. The fact that you think this is humorous and that people are liking it is frankly disturbing.

This is what privilege looks like. Delivery riders gets a salary of Rs6,000-10,000 per month. They do not have the option of saying NO to difficult deliveries because money is deducted form their salaries. All you needed to do was step outside and get it. https://t.co/KIxJoS9cTt

Pitbulls are aggressive dogs. They were breed to be that way to fight mountain lions. Just like terriers are breed to have stronger smell to hunt.

People called out the actress’ privilege and how callous and sexist she had been.

This is her side of the story. At 2:30AM, the guy would most probably be cursing his bad luck that landed him in this situation. All he wanted was to get the money and get out of there. Since it's a slow news days, this should keep her in news for a while. https://t.co/FCJ9r41Qan

Apparently you have never delivered pizza or done any type of work that people do to earn living while in early years of life. You come from a life of privilege. All life experiences you share with your 45K followers are the fantasy of your mind, not real life experiences.

It is a matter of mannerism instead of elitism or feminism…

Also, so proudly putting the sexist remarkbout there. Has a reputation of being an ill mannered brat and this tweet shows.

Netizens want an apology for the pizza delivery guy:

I was waiting for an apology in the tweet

Many were skeptical that the apology would we a PR pacifier, not a genuine apology.

She can get away with this. If she has a PR team, a photo with the delivery guy will be coming out soon . Pakistani celebrities really are nasty. Tone deaf and full of entitlement..

Rather than an apology, Ushna Shah put out an explanation on how she’s not sexist.

“Why else would I tweet it, look at my track record of discussing gender roles and generally the public stances I’ve taken for women, LGBTQ and the breakdown and stereotypical gender roles,”

She even ‘schooled’ Twitter on how she wasn’t goaded about her privilege, with ‘we’ve all been there right‘ logic. No, we haven’t exploited our position to torment a minimum wage employee like Ushna has here.

“The point of my tweet was to be honest about all of us using methods we aren’t proud of convey our message to the masses in society. Nobody is above it. Nobody is particularly proud of it either (I hope).”

Boy Beaten Up By Politician’s Security Guards in DHA Karachi

People weren’t happy about it. She still couldn’t apologize to that delivery boy.

It’s not your use of masculinity as a trope that’s problematic necessarily. It’s the way you treated an underpaid service worker. It’s not sexism we’re upset about; it’s classism.

5 paragraphs instead of one word #BigEgos

My best part of this diatribe was 'desperate times call for desperate measures'. Apparently in the woke world, not having your pizza physically brought into the house at 2:30 am is considered an emergency. Oh and not everyone like dogs, trust me it's not a Pakistani problem.

Others just called out how she’s condoning her own classism.

My best part of this diatribe was 'desperate times call for desperate measures'. Apparently in the woke world, not having your pizza physically brought into the house at 2:30 am is considered an emergency. Oh and not everyone like dogs, trust me it's not a Pakistani problem.

All she's trying to explain is that it's OK to be sexist, rude and condescending towards people beacuse that is how our society is sometimes and there's also nothing classist about it at all.

Do you agree with Ushna here? 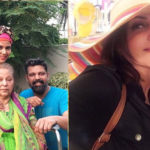 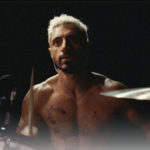