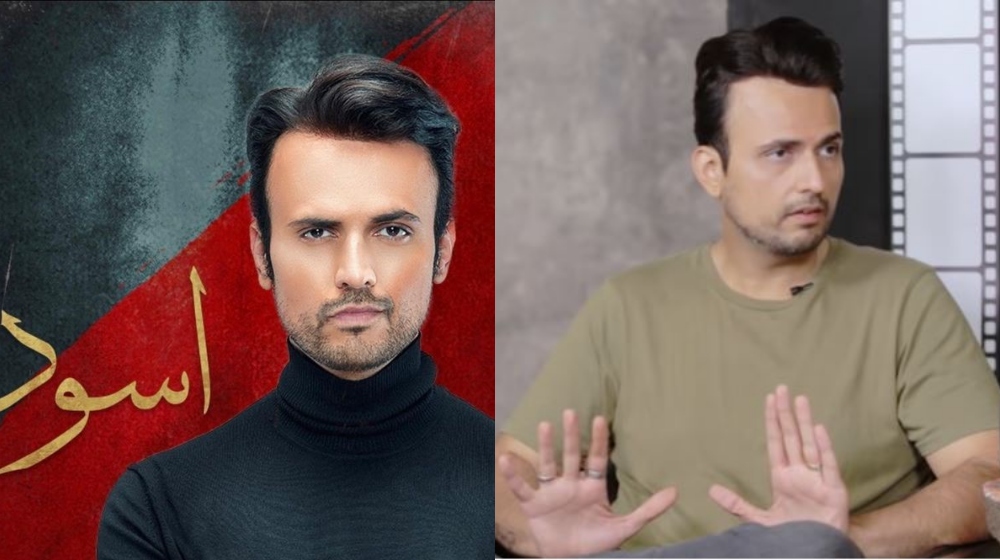 We have a love-hate relationship with Usman Mukhtar as Aswad in Hum Kahan Kay Sachay Thay. Did you know the actor almost passed up the role?

In an interview with Fuschia Magazine, the Anaa actor shared how he’s careful about the project he picks, and his initial reaction to Hum Kahan Kay Sachay Thay was to pass.

“I’m generally a little picky with my scripts, especially after Sabaat. When I received the script of Hum Kahan Ke Sachay Thay, I initially refused to be a part of it.”

His reasons? Usman Mukhtar felt Aswad was too toxic (which he is). The Janaan actor wanted to play a different character, not the usual problematic male that somehow redeems himself. This led to Usman Mukhtar having the Hum Kahan Kay Sachay Thay team changing several things about the character.

“When I read the script and the novel I thought that the character of Aswad was too toxic. I wanted to do something different this time. Then later on we had a conversation with the team and we changed many things in Aswad’s character. I refused to portray a violent character. The team cooperated with me and changed what I requested them to change in script.”

While Aswad is still not a chivalrous gentleman, at least now we can have a love-hate relationship with the character rather than completely resent him. However, the Sabaat actor revealed that he’s still getting threats due to Aswad’s behavior despite significantly toning down his toxicity. The actor had them cut out the violent bits in the story. Imagine if he hadn’t.

“Now we’re getting a massive response on Hum Kahan Ke Sachay Thay. People are loving the storyline and everything. Meanwhile, I’m also receiving threatening messages that what you are doing to Mehreen is totally wrong, you’ll be destroyed. I used tell them that it’s just a character and drama.”

Previously Mahira Khan mentioned how she also had the Hum Kahan Kay Sachay Thay team change some things about the script, particularly the ending.