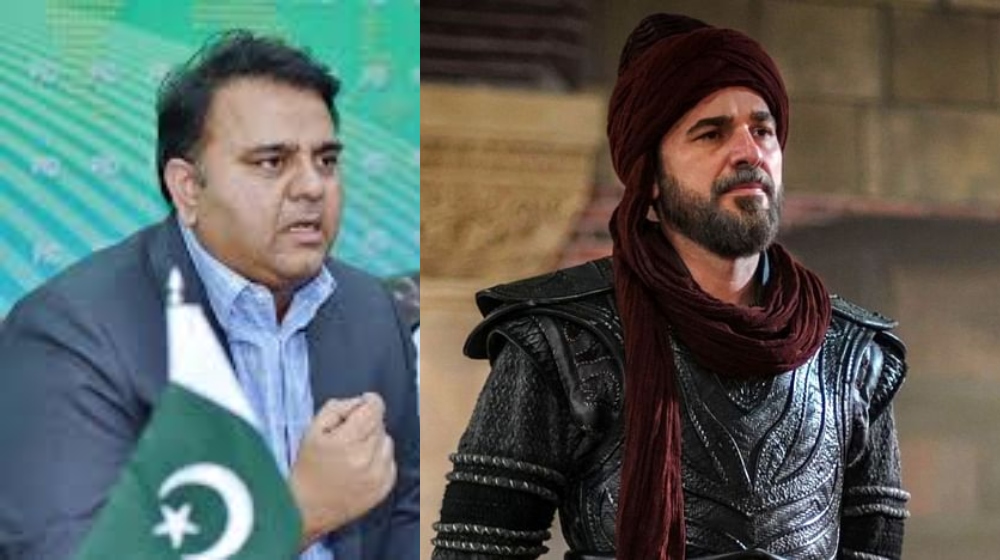 There have been plenty of people hating on Ertugrul Ghazi on Pakistan Television. And now, even the Federal Minister of Science and Technology, Fawad Chaudhry himself, has also aired his grievances against Ertugrul now. People can’t help but wonder why.

Some Pakistani artists were irked by the success of the Turkish period drama and complained about how its a threat to the local industry, demanding support for local artists.

Fawad says obtaining rights for foreign dramas, dubbing them, and then airing them is cheaper than producing original dramas. He says that continuing with this trend can have a ‘devastating long term effect on our own programming‘.

The question now becomes – is Fawad Chaudhry lobbying for local artists? This move doesn’t make much sense when it is the Federal Minister’s own Pakistan Tehreek-e-Insaaf (PTI) government that introduced the PG period drama as an alternative to typical soaps. In fact, it was Prime Minister Imran Khan himself who wanted people to watch this series.

That’s when netizens called out the Federal Minister on the lack of variety in local productions.

Level includes the story line too. Pakistani Actors are very mature but what about the filthy content. Never i have seen a drama with such positive islamic history made in Pakistan

As for the threat of foreign content invading Pakistani TV, people pointed out how Ertugrul Ghazi breathed new life into PTV.

Many viewers say that foreign content didn’t destroy the local industry in the past, then why would it now? Healthy competition is what we need to nudge local producers to do better.

What’s with this insecurity now? https://t.co/byVQ81M6bA

The part about Fawad lobbying against Ertugrul when it was Prime Minister Imran Khan who pushed for the move, has people in fits.

So this donkey proved that he is fatal.He is fatal for whole the nation.He is deployed upon an agenda.He has no obj over Hollywood & Bollywood's production on Pak's channels but he's in trouble upon Islamic historical documentaries by Turkey.Soon he'll hv obj over@ImranKhanPTI.

So what is Fawad Chaudhry really getting at here? We sure would like to know.