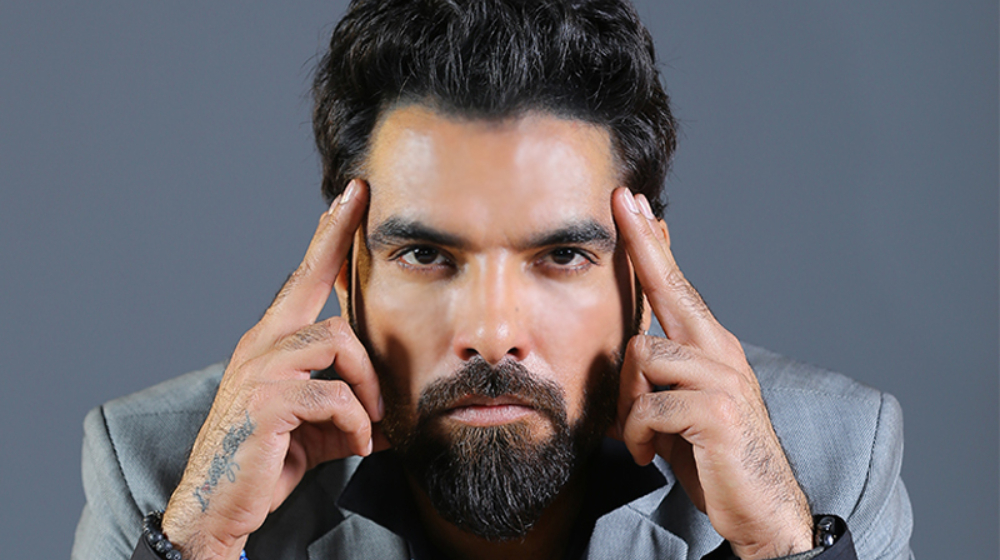 All was well for Yasir Hussain after pictures of his Thailand vacation with beau Iqra Aziz. Till he decided to stir the pot, again!

Yasir Hussain is always making headlines for the wrong reasons. We don’t know the last time his dramas made a splash, and that is saying something.

The last time around, he made fun of Hania Amir’s acne. And now Yasir Hussain has now enraged the masses yet again.

What Did Yasir Hussain Do This Time?

During Yasirs interview with Waseem Badami, all was well and things were going pretty normally.

Then the host asked Yasir about his rapport with the public. That’s when Yasir made gaffe after gaffe.

He made some distasteful comments about some artists, including Hania Amir.

Here’s the first sweeping generalization he made regarding the Pakistani audience.

Yasir told the public ‘to take a chill pill‘ and take his jokes lightly. He is of the view that people ‘do not know how to criticize and take criticism‘.

He clearly stated that people have become close-minded when it comes to comedy.

Moroo Makes A Distasteful Joke About Being a Child Molester

Its pretty apparent that Yasir doesn’t realize what he has done wrong in the past. Be it his ‘joke’ about child molesters, the acne thing with Hania Amir, it seems he wants to have his cake and eat it too.

Sure we can say that Yasir was trying to be politically incorrect with his jokes, but there’s no denying the fact about how distasteful they sound.

Comedy kings like Anwar Maqsood, Moin Akhtar, Umer Sharif, etc also used to make racist/ prejudicial/ politically incorrect jokes. But with them, their comedy never came across as insensitive and in bad taste. That’s the thing to Yasir can’t grasp.

We don’t have any doubt what the gist of Yasir’s message was. Here’s what he told Badami:

“We can wear backless dresses at our red carpets, but can’t handle Oscar level comedy,”

When Waseem Badami quipped that even ‘Oscar-level comedy‘ draws the line somewhere, there really is some need to do some soul searching.

Badami reminded Yasir about a joke he made regarding child abuse as Ahsan Khan accepted his award for Best Antagonist in Udaari, at the Lux Style Awards.

Yasir has been recorded as saying during that time that:

‘Hania Amir Is An Attention Seeker’

In the next round when given the choice to accept or deny a statement, Yasir asserted that Hania lashed out at his comments on her acne as an ‘attention seeking tactic’.

Earlier he had said that people jumped on the bandwagon to bash him, just so that they can earn fame.

Yasir Hussain Gets Called Out By Hania Amir Over Insensitive Comment

To cap off an interview of problematic remarks, here’s what Yasir Hussain said regarding fellow actor Imran Abbas:

“I do not accept Imran Abbas as an actor.”