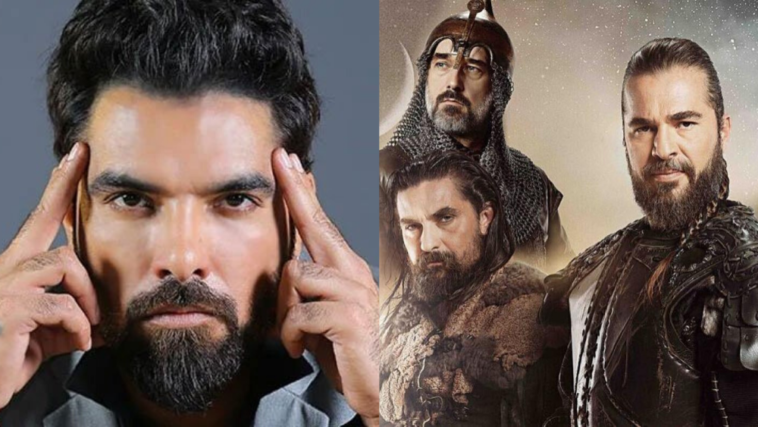 Yasir Hussain, the famous actor from Baandi, took to his Instagram Stories to share his two cents on the Turkish drama Diriliş: Ertuğrul. that has taken Pakistan by storm. According to Yasir, PTV’s decision to air the show goes against the national interest and threatens the careers of local actors.

Here’s what Yasir said regarding PTV’s decision to air the show: 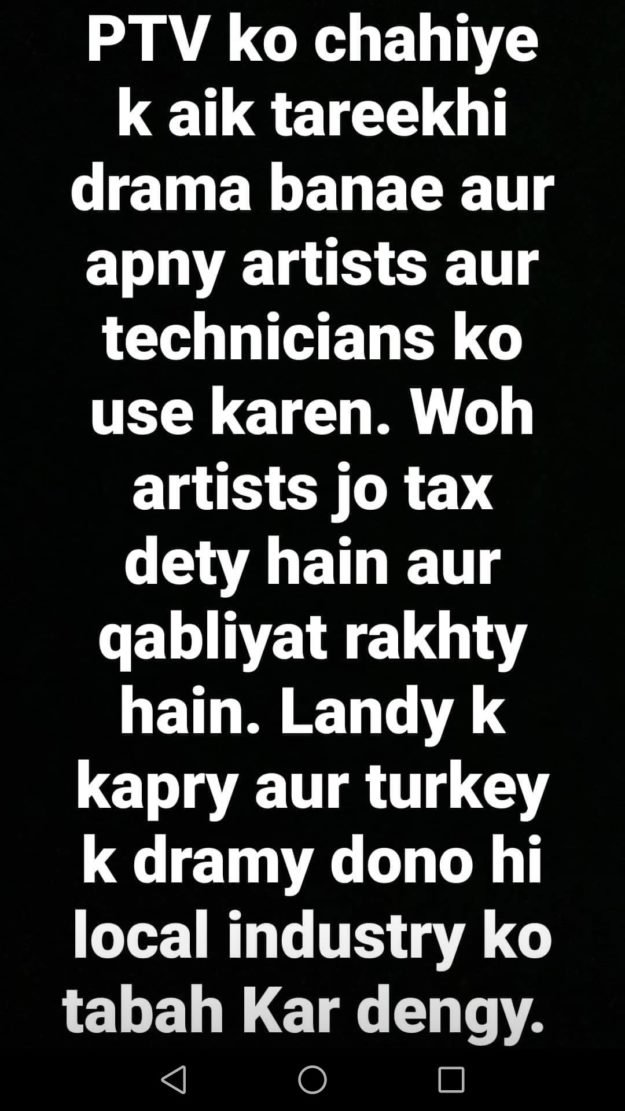 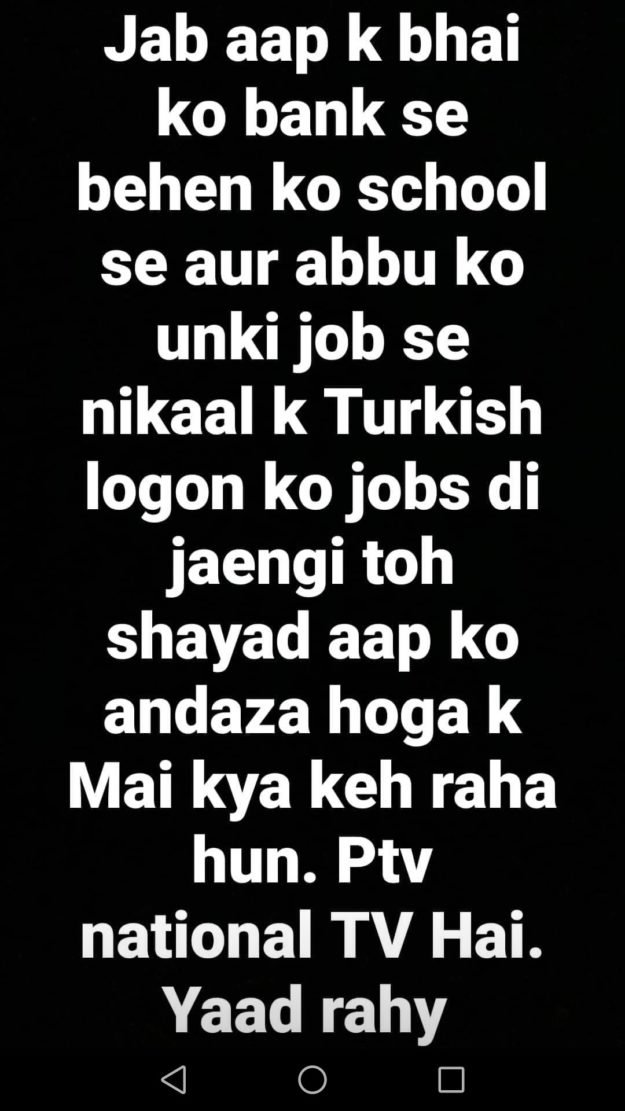 He feels that Turkish dramas may end up putting Pakistani actors, actresses and production crews out of a job if the trend keeps up.

If you ask the majority of drama viewers countrywide, they believe that the Pakistani media industry seems to have been revolving around the same storylines for decades on end. We get these age old games of manipulation, be it between in-laws or lovers, as the main theme from most of the shows aired for public viewing.

And why would it be any different? Remember Mere Paas Tum Ho? It was one of the dramas that fall under the category of shows filled with twisted mind games, toxic masculinity, and evil, careerless women. Yet, its last episode had the 4th highest ratings in the country. 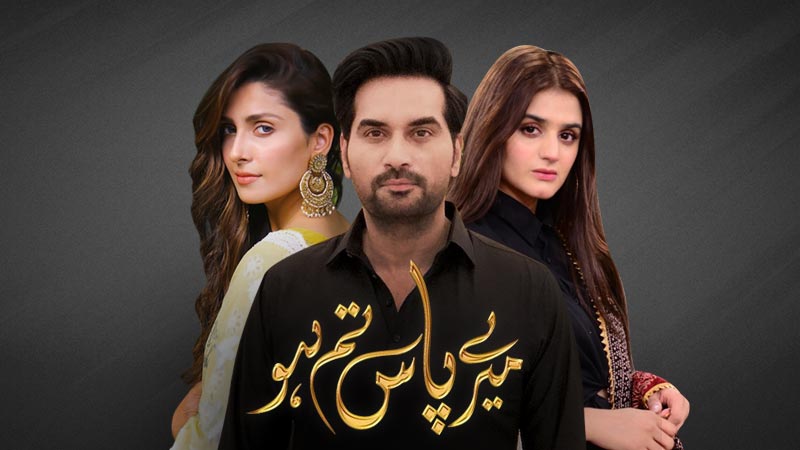 We get it, people love watching dramas filled with saas-bahu fights and love that could never last. Or at least, that’s all they can watch when it comes to local shows. But, is this all the Pakistani industry is capable of producing?

The release of the Turkish show Diriliş: Ertuğrul in Pakistan proved to be a massive success. So, it’s safe to say, that people here love seeing innovation and culture beyond saas-bahu fights in the shows that they watch.

Does more money always equate to more quality in the Pakistani drama landscape? Bashar Momin was said to be the most expensive show produced in Pakistan. Yet the writers could not think beyond the redundant themes of love, jealousy, hatred, and romance in that instead.

So, it’s sad to see actors, who happily sign shows as such, bash the national channels for airing Diriliş: Ertuğrul in Pakistan. Especially Yasir Hussain, whose new show Jhooti revolves around the story of a husband and a wife who constantly lie to each other. The show also features Yasir’s real life partner Iqra Aziz as his foil.

Interestingly, actress Mansha Pasha had some thoughts about why Pakistani dramas don’t reinvent the wheel with new themes and storyline. Mansha says that good productions run the risk of getting banned her, and that too for a myriad of different reasons.

Those lambasting Yasir Hussain and calling the work in Pakistan "sub-par" seem to have forgotten what it takes to make content here. Even without any subsidy from the govt, even if u manage to gather ur own funds, ur projects can still bet banned or pulled off after clearance

Is she right though? The Laal Kabootar actress’s response assumes that producers should not even try by around the laws and still coming up with new and innovative ideas for scripts and production.

Movies like Maula Jatt should be taken as an inspiration here. A movie much anticipated by the viewers because of its uniqueness and quality. 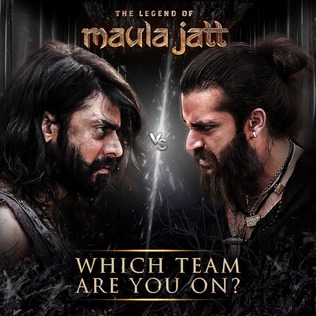 Many fans and followers took to social media to oppose Yasir Hussain’s argument against the Turkish drama:

Yasir Hussain's scare mongering comes from a place of insecurity. 'The others will take our jobs' is a trope used to induce fear among masses in many countries. Either you step up, work hard and take those jobs on merit, or you stop complaining. The reason Turkish dramas are so

I'm still laughing at the fact that Yasir Hussain is so traumatised by Turkish Dizis that he is imagining a future where the Turks are going to steal our jobs?! Ye konsi nightmares aarahi hain aaj kal hamaray ever so great celebrity ko?

No one will dare to make a good Content in Pakistani TV or Film industry but when People choose to watch better FOREIGN content they'll start crying "Hmri industry tbha hurhi h " sorry we cannot waste our TIME or MONEY on the name of patriotism ?#YasirHussain #Ertugrul pic.twitter.com/V6dgFnvq5M

yasir hussain who is in the drama like Jhooti has the audacity to say something about Ertugrul ab to marna pry ga..

Yasir Hussain, known for making transphobic, child molestation and bodyshaming "jokes" on fellow artists is now blasting at a fabulous drama #Ertugral for "ruining our Industry's potential" when he himself promotes shitty content as JHOOTI, mocking victims of Domestic violence. pic.twitter.com/kcJJuoFMT8

We know there are talented people in our country who are capable of producing shows outside of the box and making waves with their creativity and innovation. But, all in due time perhaps!

What are your thoughts on Yasir Hussain and his call to ban Turkish dramas? 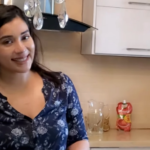 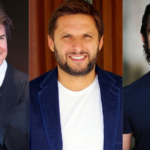