The Competition Commission of Pakistan (CCP) has asked PTA once again to direct Mobilink to sell unlocked Blackberry handsets compared to locked handsets which can’t be used on other networks.

In a statement issued by CCP, the commission has also warned Mobilink to stop practicing this activity along with a letter to PTA to get it implemented.

CCP, the successor of Monopoly Control Authority (MCA), passed the order on a show-cause notice issued by the MCA to Pakistan Mobile Communications Ltd (Mobilink GSM). The show-cause notice was issued in July 2007 under Section 11 of the MRTPO for carrying on unreasonable restrictive trade practices.

Mobilink that brought Blackberry services in Pakistan is not even subsidizing Blackberry Devices; (meaning that they are selling Blackberry devices at original price) even then they sell network locked handsets (which means Blackberry handsets sold by Mobilink can’t be used with Ufone or Warid’s network) 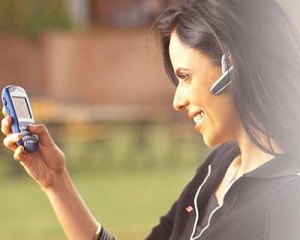 CCP has currently asked Mobilink to advertise the SIM lock features of their blackberry handsets, and educate their customers that they will not be able to use these devices with other networks. However, in my openion, they must stop selling locked handsets or they must subsidize Blackberry handsets.

It merits mentioning here that you can’t get Mobilink Blackberry services on devices that are not purchased from Mobilink.