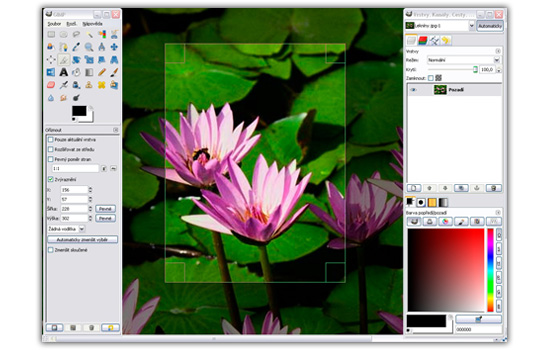 Instead of Adobe Photoshop, use GIMP

For professional graphic artists, substituting anything for Photoshop is akin to blasphemy. There really is no equal. But if you’re an amateur looking to edit graphics without taking out a loan for the tools to do it, GIMP makes a fine stand-in. You’ll get all the same pencils, airbrushes, and resizing tools, plus advanced options like plug-ins and scripts. The learning curve is most assuredly steeper, though, and you won’t be able to benefit from the quite literal library of books and tutorials out there for the more popular Photoshop.

To try out GIMP, visit this link.

Instead of Microsoft Office, use OpenOffice

Microsoft Office is everywhere. Whether you work from a Mac or a PC, in India or Indiana, you’re probably using Word, Excel, PowerPoint and all the other de facto office tools. That makes it all the more difficult to switch, but OpenOffice replicates almost all of the same functionality, menus, and even file formats. It may not look quite as pretty as the blue “ribbon” design Microsoft has been using since 2007, but for fans of the old office, or students who just need to jam out a paper now and then without paying Microsoft, it will do the trick. That said, some of Microsoft’s most tricked-out features – like a function in Word that automatically formats a proper bibliography for you after filling in the required text fields – are missing. You’ll just have to dig out that MLA manual from high school.

To try out Open Office, visit this link. 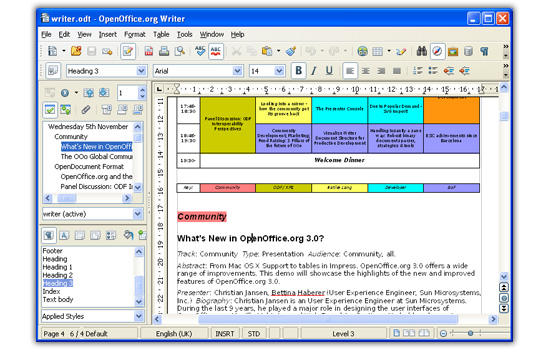 Instead of Nero, use ImgBurn

Windows alone sucks for burning CDs. Even for the most basic tasks, you’re far better off with powerful disc authoring software. Nero charges $70 for its solution, but ImgBurn effectively does all the same essentials, for free. You can rip discs to image files (like ISO), build a custom disc image from files, and of course, write them to blank discs. It even supports Blu-ray, and works with an incredibly diverse array of image files. Nero 9 can technically do more – like serve as a live TV tuner – but why do you need that when you’re just trying to burn CDs?

To try out ImgBurn, visit this link. 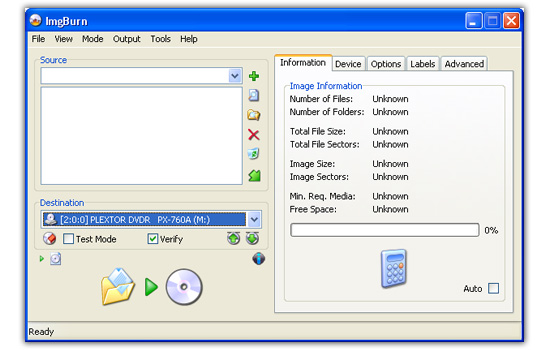 Instead of Microsoft Outlook, use Mozilla Thunderbird

The company that brought you the now-ubiquitous Firefox makes an e-mail program, too. And it’s just as good. Besides handling the same e-mail formats as its Microsoft competitor, Thunderbird actually feels faster to us, uses less RAM, and like Firefox, it accepts plug-ins for all the add-on functionality you could ask for from a thriving development community. (For instance, one allows you to select a bunch of e-mails then gather the senders for one massive reply.) Like OpenOffice, it looks a little duller than the real thing, but you can skin it however you choose. The only other glaring caveat: There’s no built-in calendar or task management, so if your colleagues’ incoming meeting requests will fall on deaf ears. Then again, depending on your colleagues, maybe that’s a good thing.

To try out Mozilla Thunderbird, visit this link. 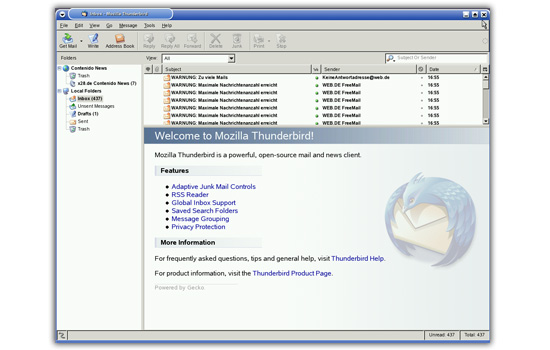 Instead of Norton AntiVirus or McAfee VirusScan, use Avira AntiVir Free Edition

Whether you like it or not, every PC needs virus protection, and if you’re not receiving regular updates, you’re not protected. So next
time the antivirus software that came preinstalled on your PC hits you up for money and warns you that it’s out of date because the free trial expired, uninstall that junk and download Avira. Not only is it totally free – including updates – it’s some of the best virus protection available. Independent tests from AV-Comparatives.org consistently place Avira near the top of the list for detection rates. It tagged 99.7 percent of viruses in tests – compared to 99.1 percent from McAfee and 98.7 percent from Norton in the same tests. That has to burn, considering both those companies want big bucks for their AV suites. We do have to warn that the free edition occasionally hits you with a nag screen, though.

To try out Avira AntiVir Free Edition, visit this link. 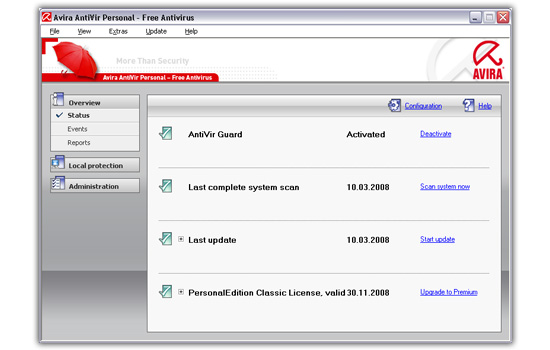 Instead of Adobe Audition, use Audacity

Looking to perform some minor edits on your next podcast, or clean up pops and clicks in old audio? Audacity will do the trick for a lot less than Adobe’s pricy alternative. The Swiss army knife of audio editors performs most basic tasks without flinching, but keep in mind that some must-have features will force you to go looking for add-ons. For instance, you’ll need to install the LAME MP3 encoder to save files as MP3s, because legal concerns prevent the creators from including it by default. A bit of a pain, absolutely, but well worth the $350 saved.

To try out Audacity, visit this link. 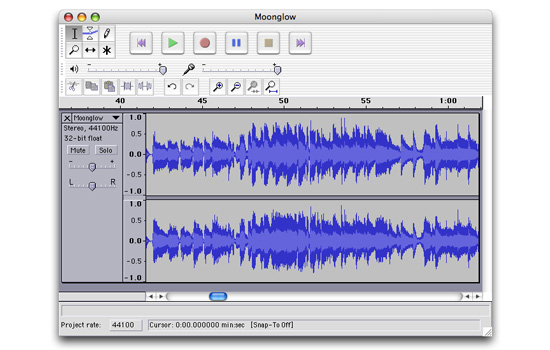 Instead of Alcohol 120 or Virtual CloneDrive, use Daemon Tools Lite

Spare yourself a new spindle of blank CDs or DVDs and put those image files on a virtual drive, which tricks your PC into thinking there’s actually a physical disc in it, without having to burn anything. Alcohol 120 and VirtualCloneDrive are the old standards for drive emulation, but Daemon Tools Lite pulls off the exact same trick for free. Of course, it won’t burn and rip image files like Alcohol 120, but partner it up with ImgBurn and you’re good to go.

To try out Daemon Tools Lite, visit this link. 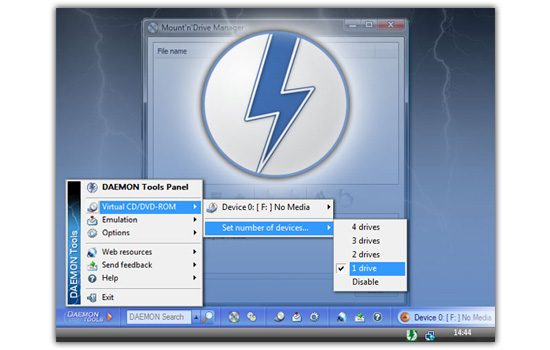 Instead of Windows Vista or OS X Leopard, use Linux

We couldn’t help ourselves. Even though one of these operating systems comes installed on just about every computer you can buy down at the local retailer, you’ll still have to drop some serious coin to buy them separately. But you can download hundreds of different versions of Linux, in the next hour, for free. DistroWatch.com maintains our favorite list of what’s popular, and Ubuntu makes one of the most user-friendly introductions to the Linux world, if you’re so itching to try it.

To try out Linux, visit this link. 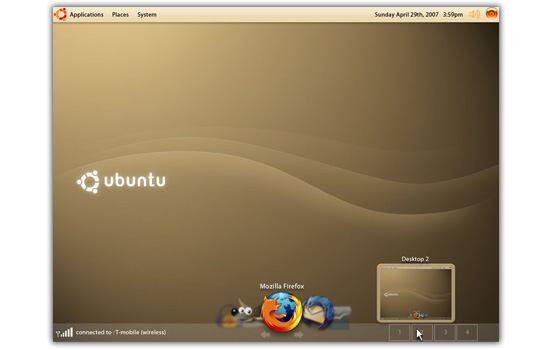 Instead of Civilization II, play FreeCiv

To be fair, you can pick up Civilization II (which FreeCiv most closely mimics) for about $5 if you play your cards right, but downloading FreeCiv is a lot quicker than combing bargain bins, garage sales and eBay. And unlike the original, FreeCiv has built-in multiplayer, so you can have head-to-head barbarian battles with your friends in the same style as one of the greatest turn-based games of all time.

To try out FreeCiv, visit this link. 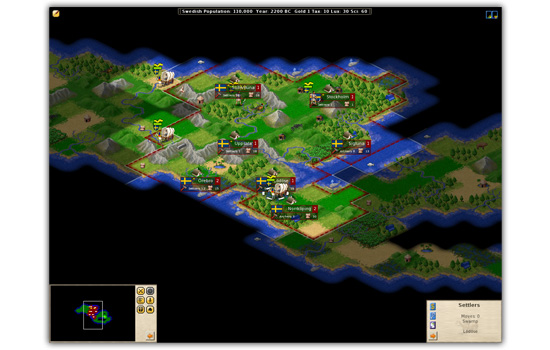