We keep on compiling industry data in different manner to better analyze it. If we look at subscribers’ data of 2009, we end up concluding that growth has been hindered but it hasn’t vanished yet.

If we look at growth rate over the year, two dips are because of 668 system introduced by PTA in January and Ufone’s massive churn in year mid, otherwise there has been a fairly straight upward trend for addition of mobile subscribers by all cellular companies.

This indicates that mobile companies will keep adding mobile subscribers for another two years at least, taking the mobile subscriber base to projected 130 million mark by year 2012 (as per research companies).

Socio-economic situation of country is also responsible for sluggish growth as well. Depreciating value of Pakistani rupee has turned out to be the biggest catch for cellular companies. Lowering value of PKR has resulted into low revenues in foreign currencies and higher import costs – resultantly cellular companies invested nothing or very little for network expansion.

Look at following graphs, that reveal the whole story in pictures. 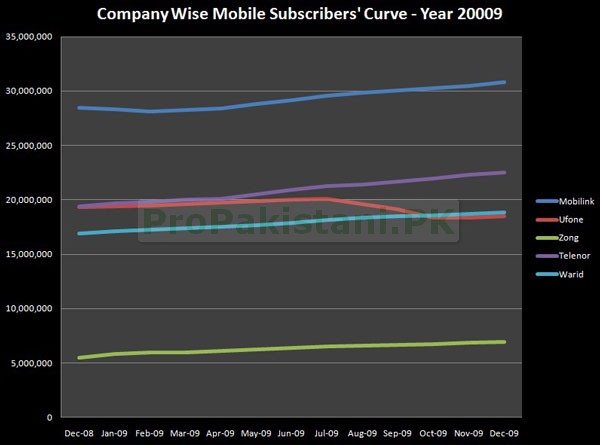 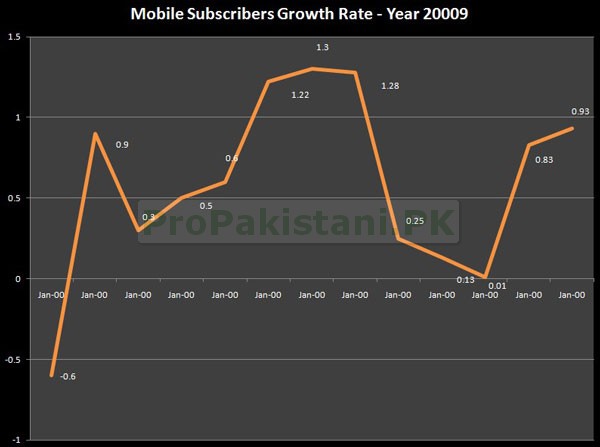 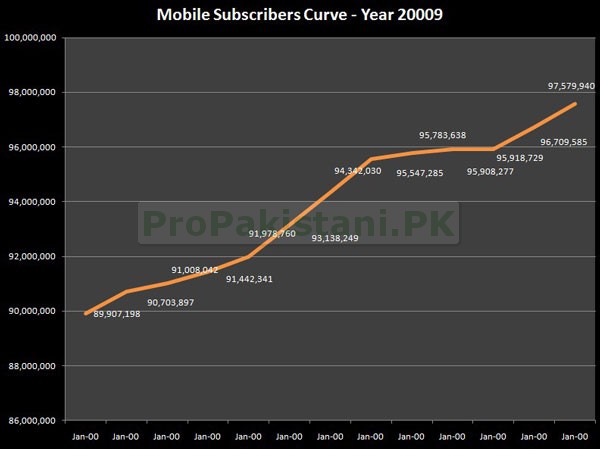 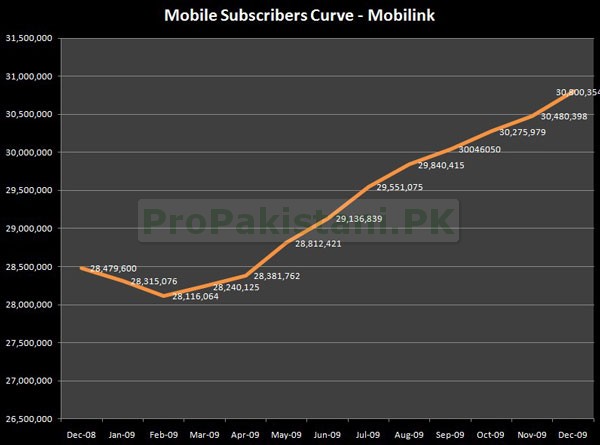 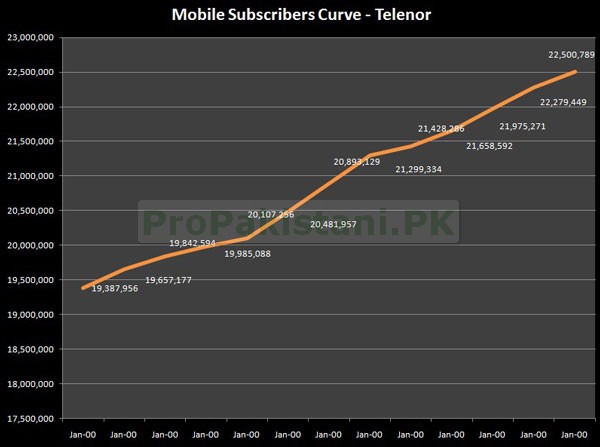 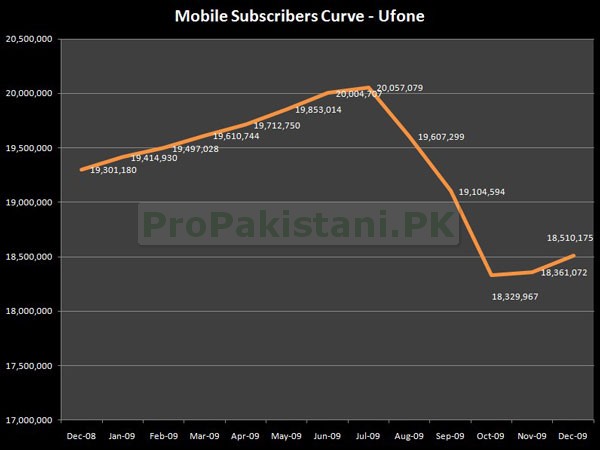 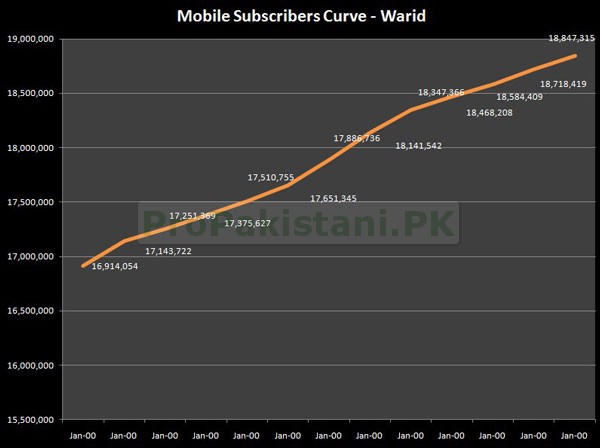 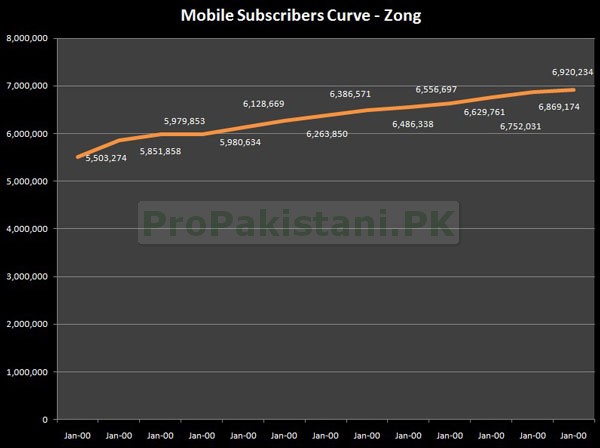