Statistically, Broadband subscribers have reached 585,945 at the end of November, 2009 as compared to 564,352 subscribers in October.

WiMAX operators snatched another one percent market share from fixed line or DSL service broadband operators.
Apparently, customers are more comfortable with DSL internet; however, deteriorating quality of DSL service providers has created the demand of wireless internet services. However, metered bandwidth of WiMAX operators is acting as a cap on its growth. High CPE is another hindrance, which we expect to go down with time.

Debate of Wireless Vs Wired broadband is never going to end, but from stats it’s apparent that WiMAX operators have penetrated well in Pakistani market.

Another technology with huge potential is EVDO. If you look at below graphs, there is sharp upward curve for addition of EVDO subscribers in Pakistan.

Another correction we want to make, we reported few weeks back that Wateen has crossed 200K customers (based on Wateen sources), and with apology this is not the case. Wateen is currently hovering around 130K customers (including dormant) – reference: Wateen’s recent public report, which hit the Stock Exchange. 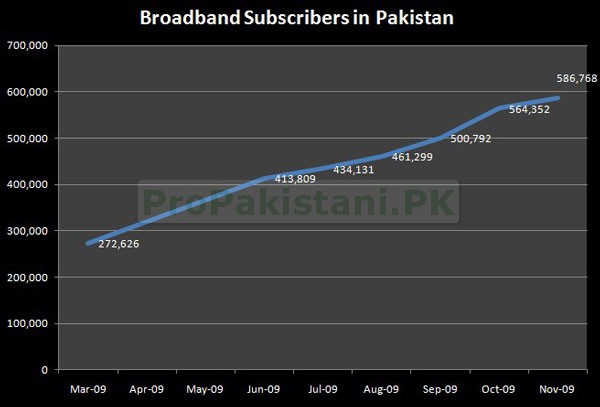 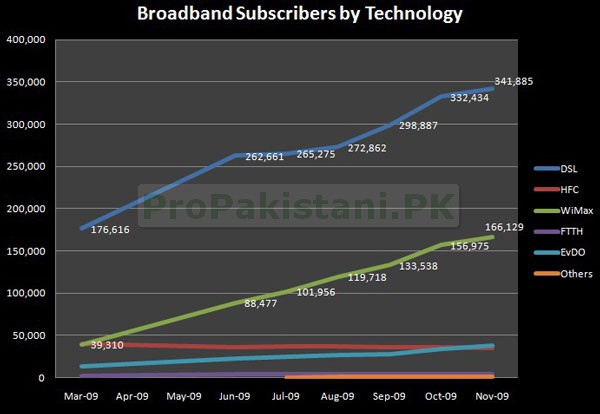 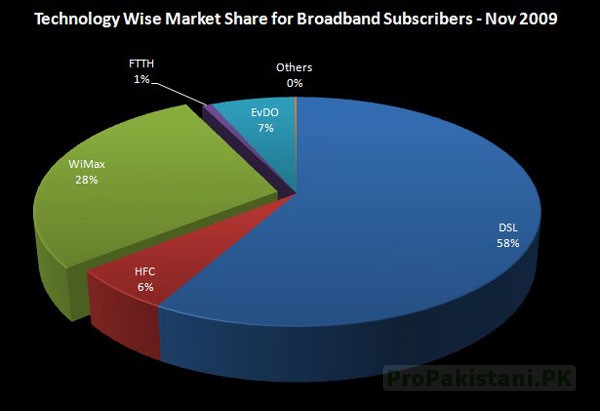