According to said determination SMPs were as following:

However, through a determination, PTA has announced new Significant Market Players which are as following 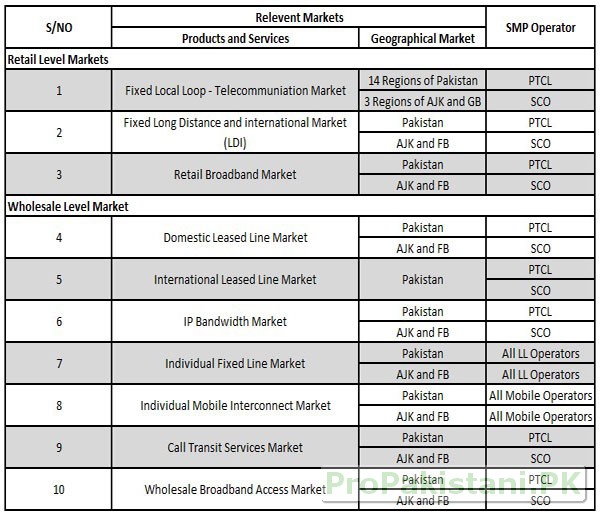 This determination was issued after market review, stakeholders’ financial market share analysis and review of operator’s other data.

Complete determination can be downloaded by clicking this link (PDF File – 1.2 MB)