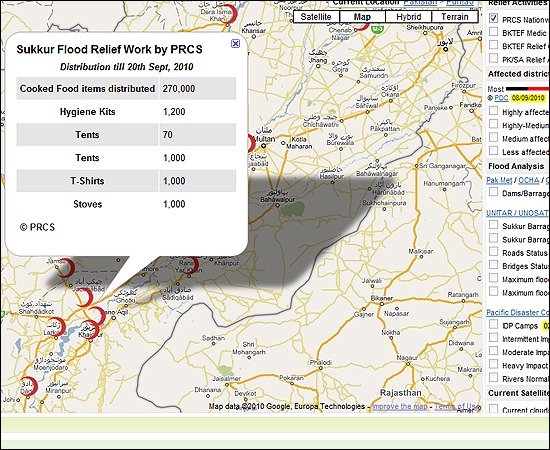 A huge area almost equal to the size of UK, still in disturbance with settlements, livestock & crops washed away leaving a threatening situation for the country that highly relies on its agriculture industry.

A huge area of land on both sides of one of the major river Indus is not usable for long time for any cultivation. While flood water in most areas has started to recede by now, forthcoming situation demands for more and more input in means of cremation, medical, food, infrastructure restoration & resettlement of all displaced population; we can see the people of Pakistan taking stand themselves to help their own people alongside a bit responsive international organizations & countries as compared to obligatory prominent involvement of local authorities. However, it is to note that the responses were anemic unlike at the time of 2005 earthquakes & other recent disasters.

A group of contributors from US donated $900million to Haiti in 5 weeks of incident while same group has only contributed $25 million to Pakistan in same time. Mismanagement, misuse of funds & corruption in previous incident has upshot a complete failure over trust at the local authorities ending in making people suffer more from situations like this.

Despite all, we also see a fascinating change, major companies holding the internet market such as Yahoo!, Google & Microsoft has contributed a lot, in not only by generous donations but also helping as fund raiser, grounds assistance and providing tools to tackle such situation by all possible means. While they take a lead somehow, we cannot forget the smaller & local organizations and individuals who have contributed in so many other ways to facilitate the relief efforts.

It is worth mentioning again that how floods data has been wasted because of an unfortunate IT infrastructure in the country. We (at local.com.pk) had also a complete forecast failure in case of Hunza landslide disaster where no data could be sourced dynamically from NDMA or Met Department.

After looking at such circumstances, Andrej Verity at UN OCHA & Badar Khushnood from Google Pakistan called for a public help on building an application that would use the dam flow information from Pakistan Met website & display it on a simple Google map. The application was built with joint efforts of individuals, crisis mapping community & Google Earth Outreach but unfortunately the contribution by Met Department has not been adequate at all in this regard to maintain the updated situation.

National Disaster Management Authority has revamped and created a whole new dynamic website for floods relief management & updates which is surely a very good step. NADRA have made useful inputs making their facilities online and more accessible to everyone e.g. issuing & tracking of Watan Card for flood affected citizens.

Humanity Road has made very efficient use of twitter hash-tags by capturing the specials tags and building up a list of desired relief. We already have mentioned a big contribution in such efforts from Ushahidi crowd source mapping used by PakReport to help people report the incidents. It has helped a lot of organizations working on ground tackling situations like fulfilling food & medical shortage at certain areas. 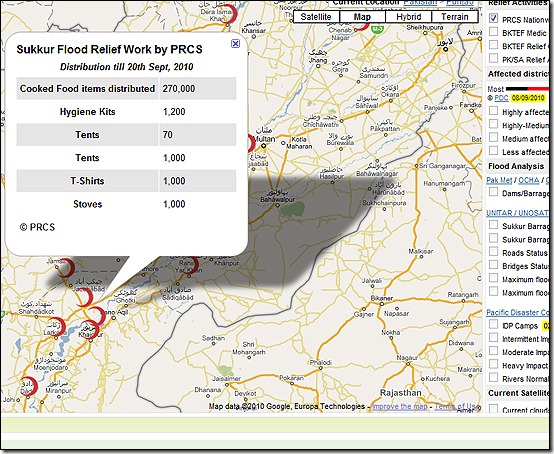 Local.com.pk is also relief support with accessible flood GIS data which was initiated after virtuous response for Hunza Landslide relief support. Working alongside Google, NASA, PDC, UNOSAT & many more organizations it also serves as one of the resource tools at Google crisis page for Pakistan floods. Students at Lahore University of Management Sciences have also initiated a joint venture alongside SUPARCO Pakistan.

One of the largest email service providers in the world, Yahoo! had placed a blurb with its logo for weeks to encourage their billions of visitors to donate to Pakistan floods. Yahoo! had also written a short article on how to help in this devastating situation to guide visitors of interest.

Giant of PC industry & its employees around the world have committed & contributed a generous amount of $600,000 to Pakistan floods. Like Yahoo!, Microsoft also had mentioned Pakistan floods on its major search engine Bing so to encourage their visitors to donate. Apart from that Microsoft also states:

“Microsoft matches its US-based employees’ charitable contributions up to $12,000 per employee per year, and in the wake of the flooding in Pakistan, Microsoft offices in the United Kingdom, Germany, Japan, and our Middle East and Africa Region are matching employees’ donations as well.” [Microsoft Corporate Citizenship]

Google has not only contributed a generous amount of $250,000 to Pakistan floods but it also mentioned the Pakistan floods on its Pakistan’s local search domain. It’s worth mentioning the tools, Google has released towards facilitation of relief & rescue efforts. A crisis landing page in both English & Urdu languages which displays information on how to donate through various organisations, links to further useful information & tools to tackle the situation in different method. Person finder tool in English & Urdu languages helps locate displaced people & submit information about displaced individuals who may need relocation with their lost kin. Resource finder is another very useful tool that helps map out the medical facilities around the country. 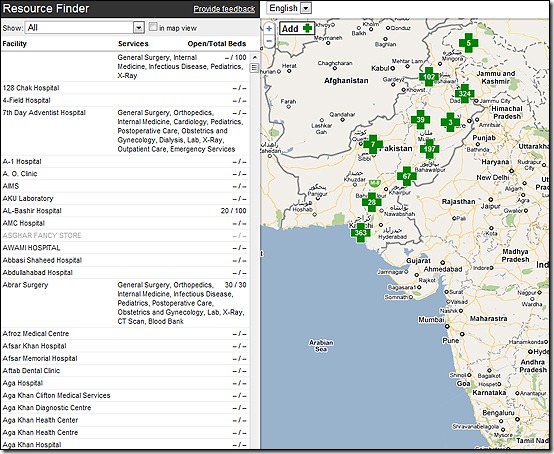 Google has acknowledged that they have exclusively released this tool earlier than planned after looking at incident impact and usability this tool can bring in relief efforts. Local user contributions at Google Map Maker are another remarkable way the technology helps in such situations. Google shared the map data with organisations like United Nation (UNOSAT) to facilitate the reporting on daily basis that helped the organisations on ground more effectively. Google now provides extended support with free tools for Non-profit organisations engaged in relief efforts.