We know that Nokia has unveiled its latest smartphone the N8 in Pakistan and is the first Smartphone which bears the Symbian^3 OS.

Although the Nokia N8 is not available in Pakistan for purchase yet, but thanks to ProPakistani friends we just got our hands on the N8!

Here’s a complete unboxing of the N8 and a walkthrough of the accessories that come with it.

The N8’s box is really different from any other Nokia phone’s packaging, this time Nokia chose not to have color graphics on the packaging rather an illustration of the phone instead. We were kinda excited to be the first ones to get our hands on the N8 ahead of it officially hitting the shelves. 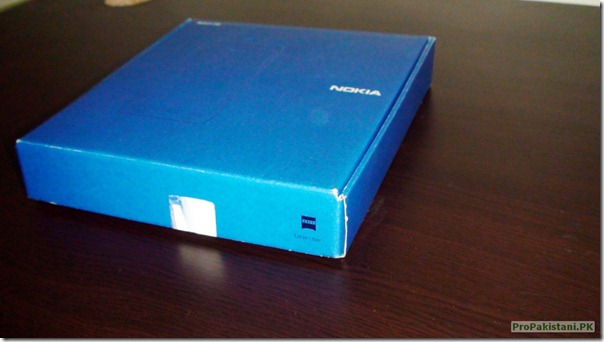 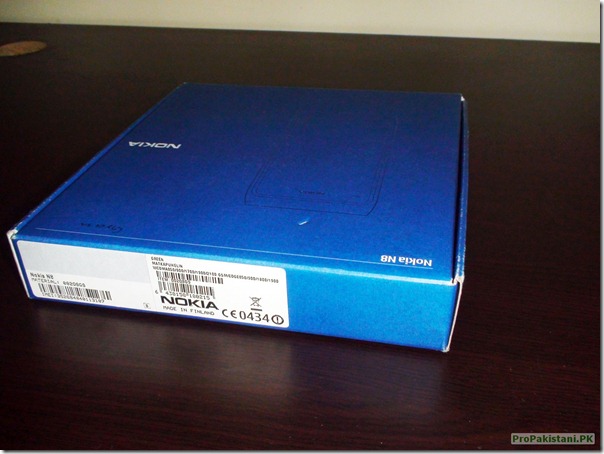 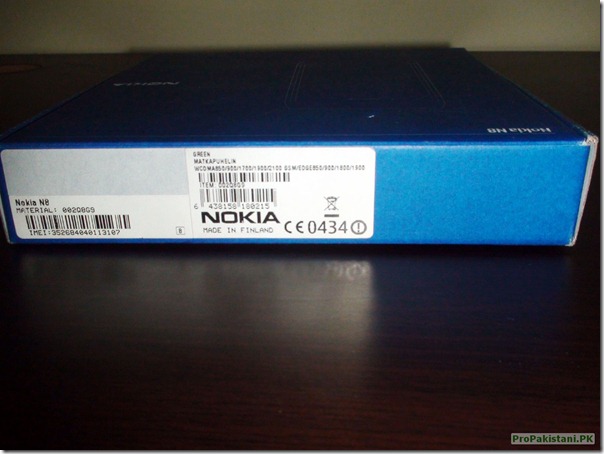 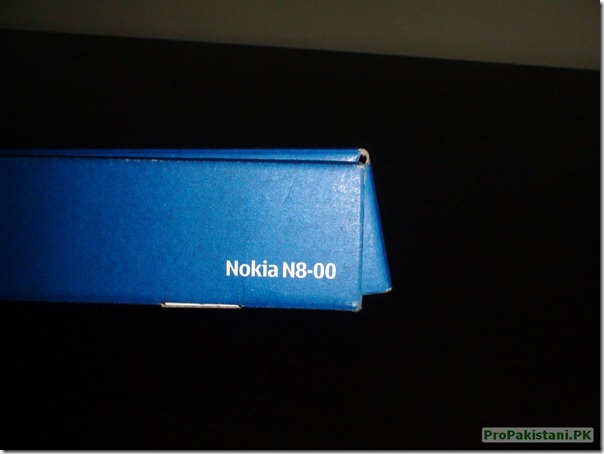 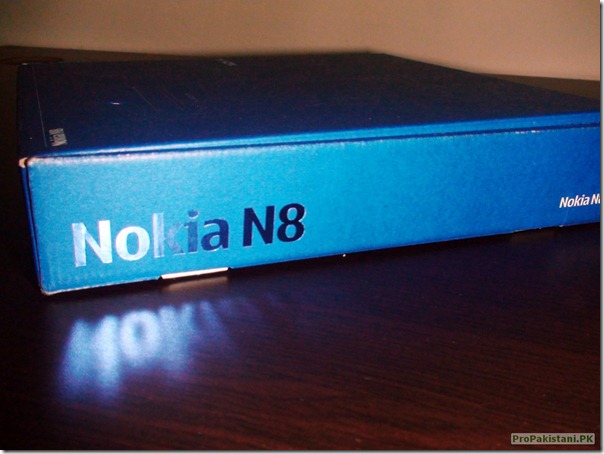 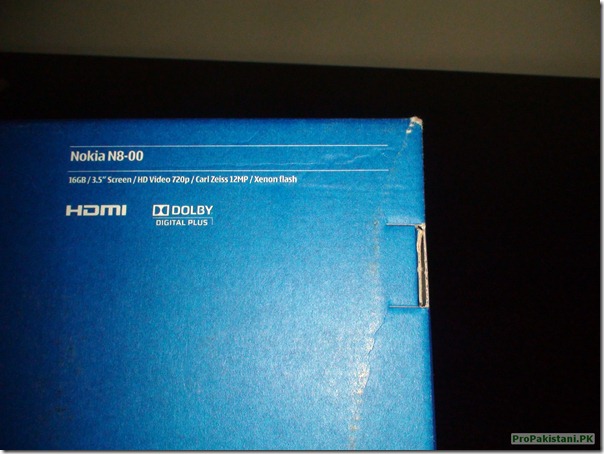 The Nokia N8 Itself

Opening the box, we reveal the phone first. The phone feels solid in hand and is made entirely of anodized aluminum. Behind the phone is a 12 Megapixel camera which is capable of recording 720P HD videos, we will cover the camera in a separate post. 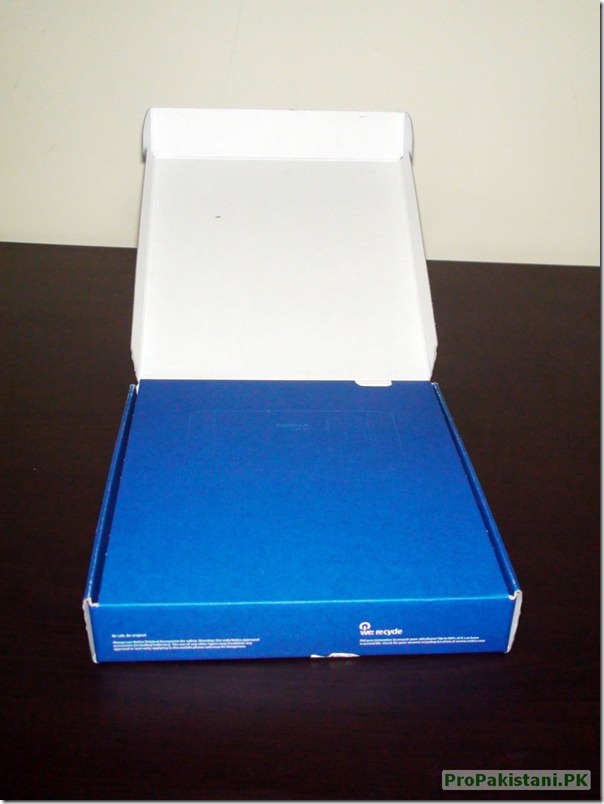 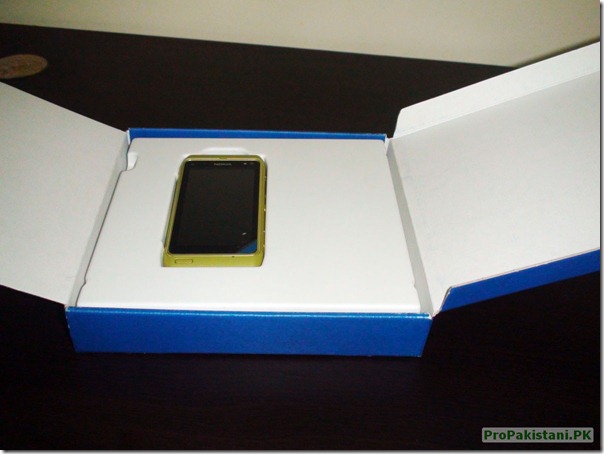 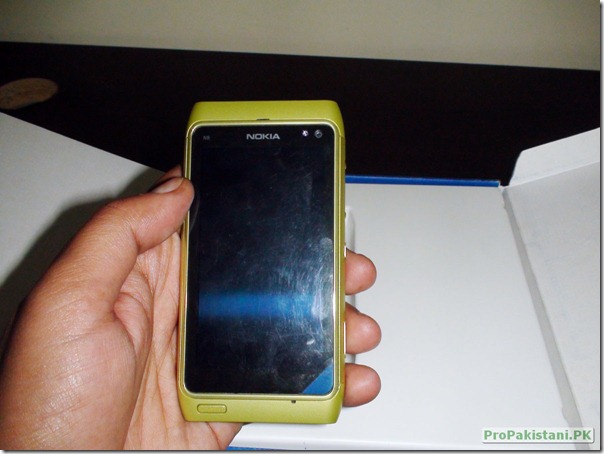 Nokia N8 is loaded with accessories; it comes with 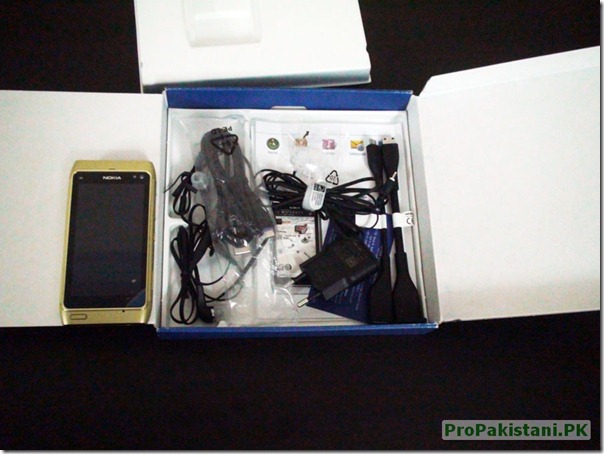 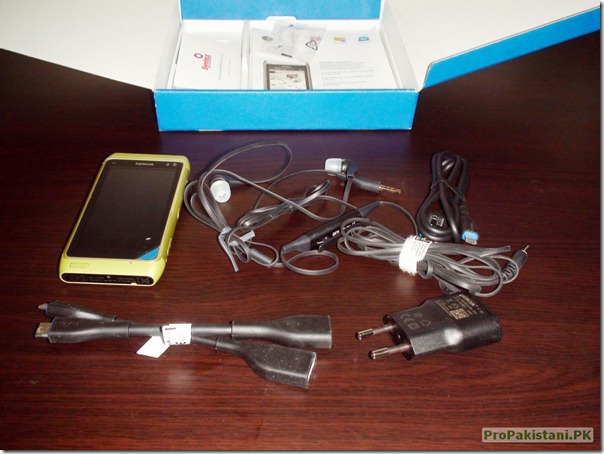 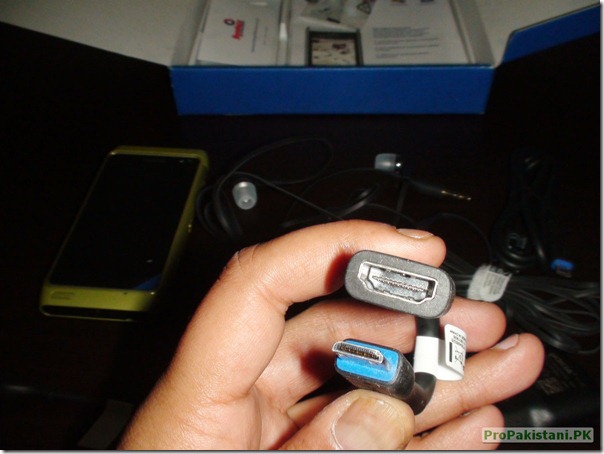 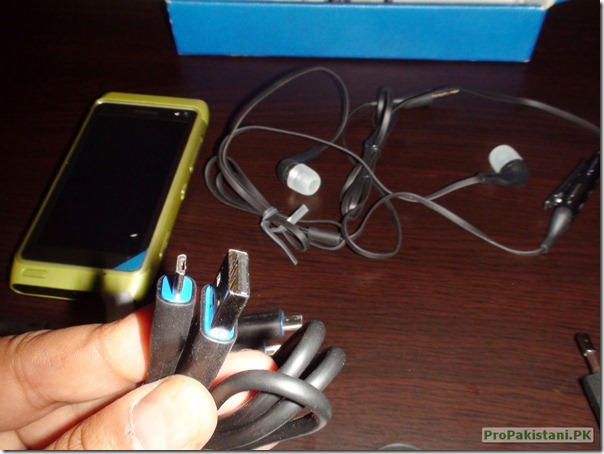 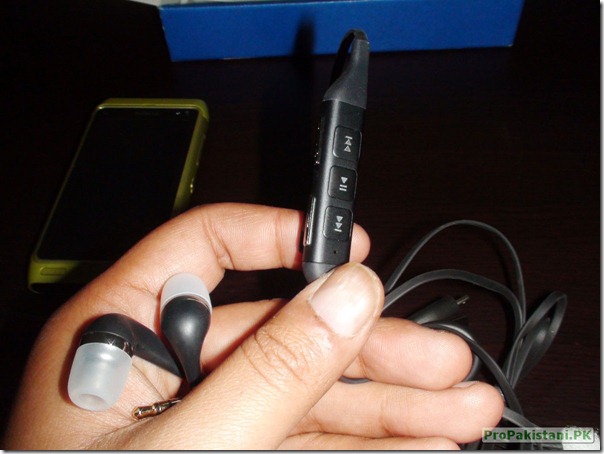 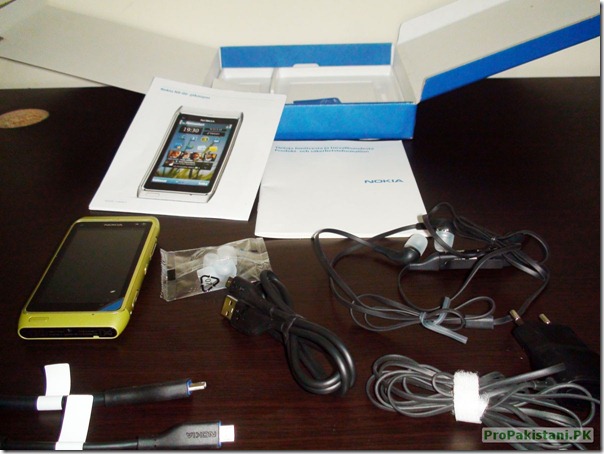 A little Preview of Nokia N8:

We know that many of you would be dying to view the working phone, for which we are arranging a separate and complete review in the coming days, at this point we only did the unboxing and spent only an hour or so with the phone so we’re totally blank at this point.

We will vigorously test out the Nokia N8 and bring you a full blown review for you guys, so stay tuned!

Here is just a little preview of what Nokia N8 looks like. Here you go! 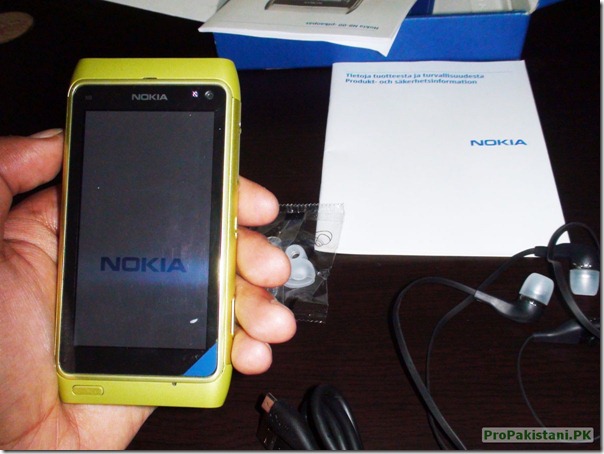 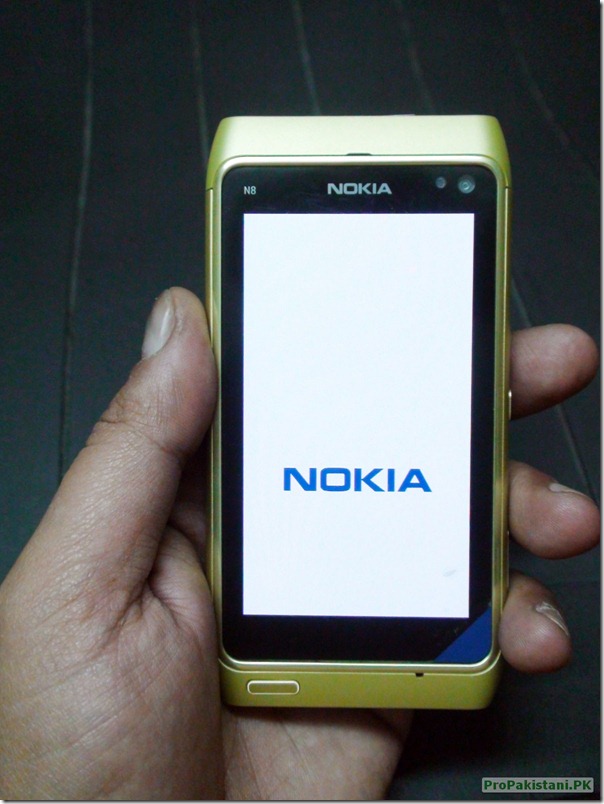 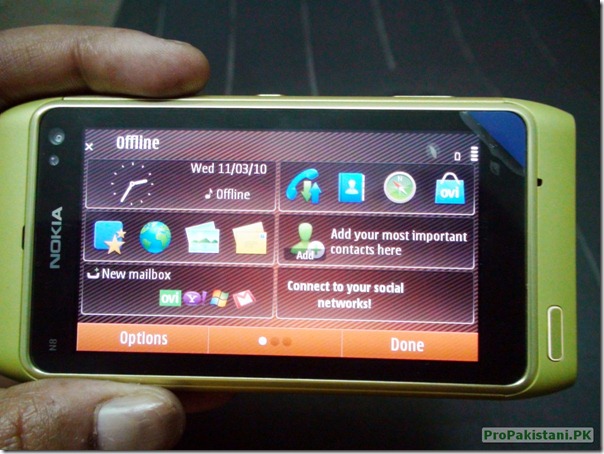 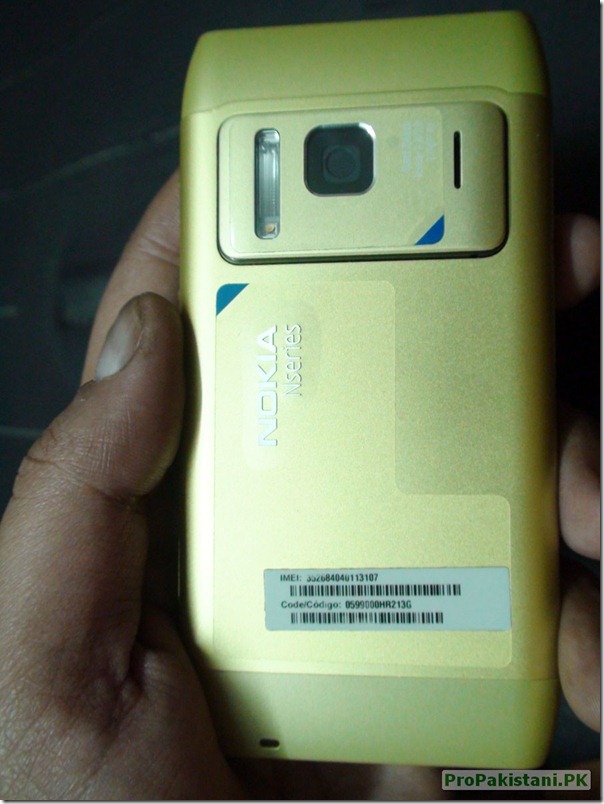 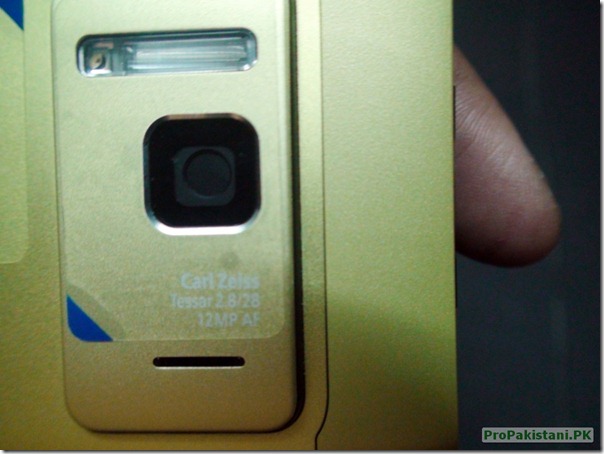 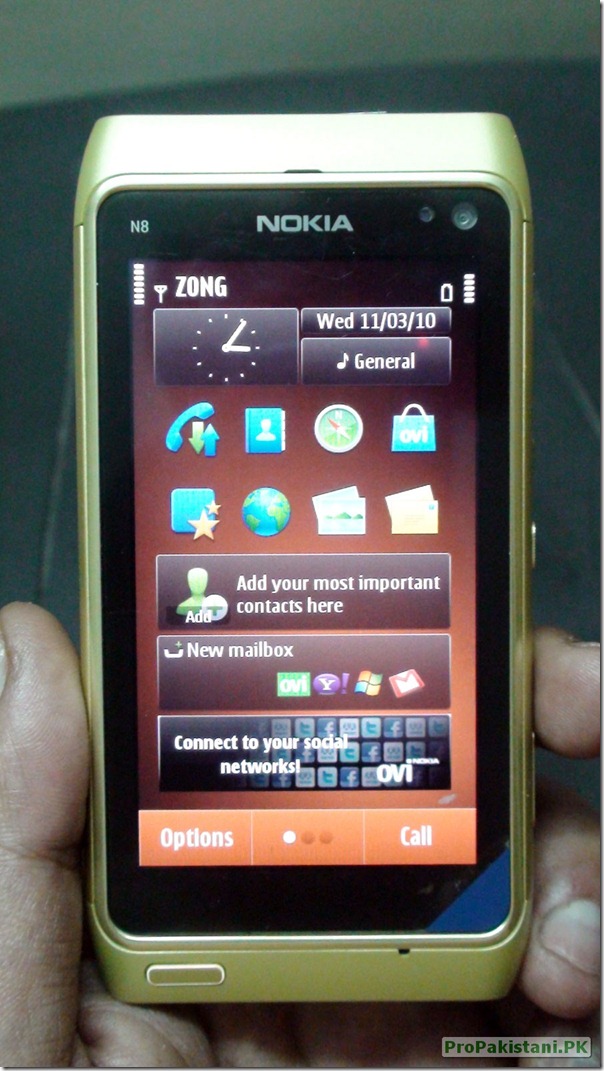