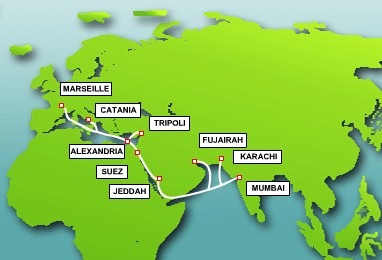 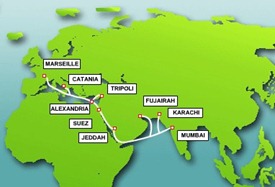 Backed by Bharti Airtel and deployed by Alcatel-Lucent, IMEWE is result of a consortium of nine partners comprising leading global telecom operators from South East Asia and Middle East.

The cable system will ease connectivity requirements of Middle East and European countries to Asia and vice versa. The IMEWE will also help provide alternate routes for meeting bandwidth requirements.

The IMEWE is funded by nine major telecom companies: