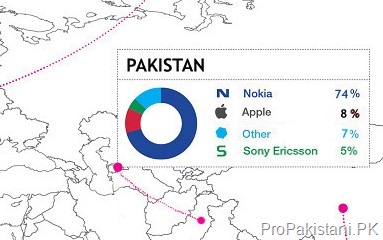 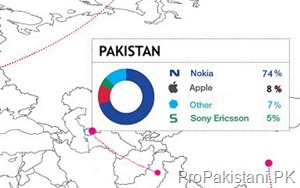 Over last one year, market share pattern has remained almost the same, where Apple powered devices, mostly the iPhones, share 8 percent market of mobile internet users. Nokia has lost its market share with a slight margin, from 76 % in February 2010 to to 74 percent in February 2011, however it looks that Nokia’s dominance in Pakistan can’t be compromised in near future.

This information is revealed by StatCounter, based on websites powered by statcounter analytics system.

Here are more details on market of Web OS for Pakistan: 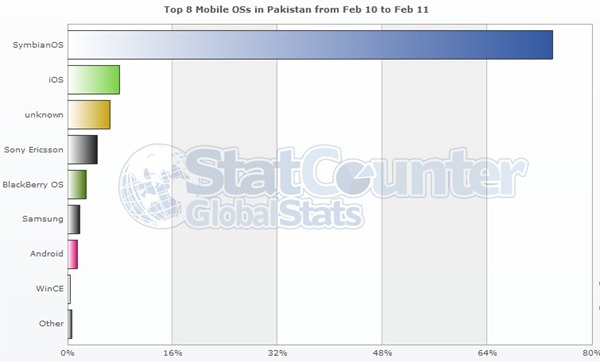 Nokia, the largest mobile phone manufacturer, enjoys high market share in all developing markets, including Pakistan, India, Middle East, Africa and South America. However, it has lost the race in the developed regions, such as USA and Europe.

Apple is dominating in North America, Europe and Japan. In fact, Nokia is not in stats for top Mobile OS being used in the said regions. Other significant players in North America and Europe include Android and Blackberry.

Following is a global depiction of Mobile OS share: 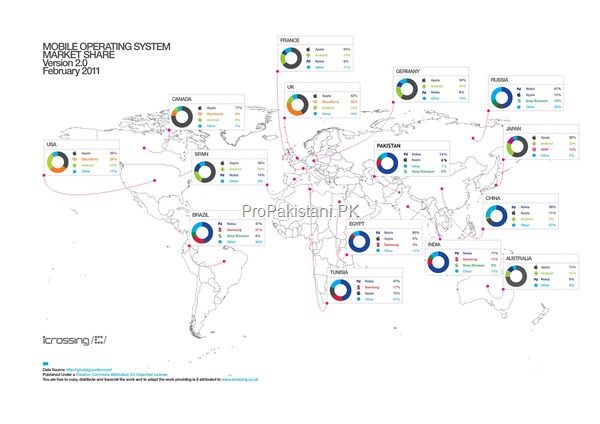