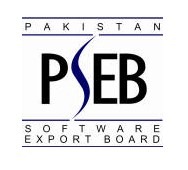 PSEB has announced that it can assist you (in variety of ways) if you have got an idea which is great and you need support to get it executed.

PSEB says it can provide young entrepreneurs with some initial capital, office space, computers with internet connectivity, partial monthly expense, and two supervisors (one to look into technical things while other to guide you through business development).

PSEB is seeking enthusiasts in any of following combination:

What do you need to have?

What will PSEB provide?

What are the criteria for selection?

How can you apply?

PSEB has arranged “pitch sessions” in Islamabad, Lahore and Karachi on following dates:

To apply for any of the pitch sessions, you can send an e-mail to [email protected] with the following details: