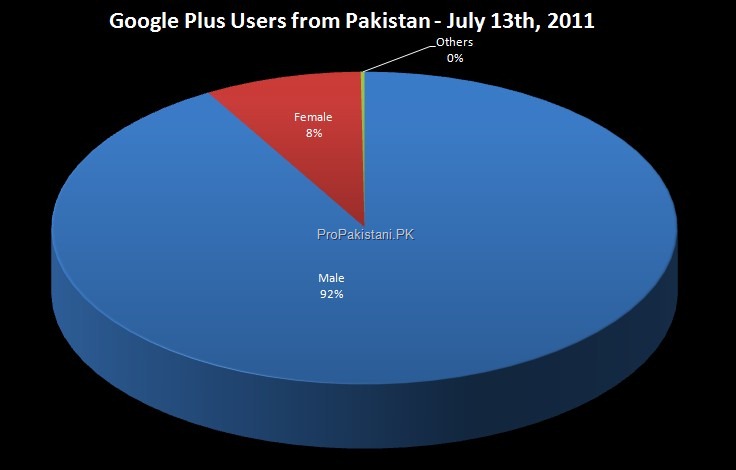 Google Plus is trending in Pakistan – ever since its inception because of many factors involved, most important of which, as we previously discussed, is Facebook Envy!

We have some stats, thanks to findpeopleonplus.com, which suggest that Pakistan is 9th most populous nation on Google Plus, as of now.

This fact depicts that Pakistan is doing well with early adaption of the new social network. However, the user base is not in way way comparable to Facebook.

Getting back to stats, website is not endorsed by Google in any manner, but still the stats seem be to be pretty updated – with minor differences though.

Talking about Pakistan, website says that there are total of 3,595 Google Plus users from Pakistan with following top 5 profiles, on the basis of connections: 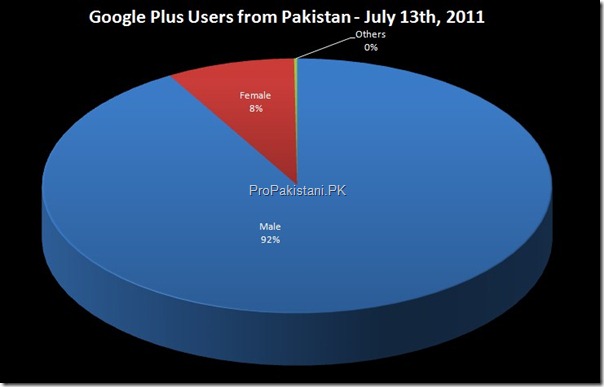 Stats have revealed some interesting figures as well, such as occupation based grouping is topped by Engineers making a total of 566 profiles while on the other hand there are only 7 doctors. 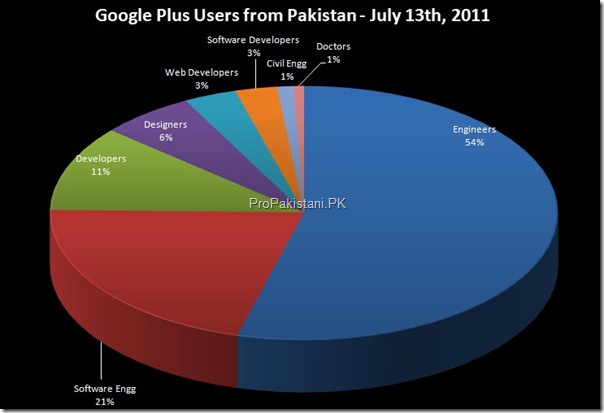 Surely the actual stats will be the different as many of us might not have updated our profiles, but it is the ratio that matters.

Important thing about Gender based stats is, the said website may not be able to gather correct information in this regard, as Google has decided to give you privacy setting on gender – so now you can decide who sees what gender you are.

Earlier Google had decided to make Profiles public making Name and Gender visible to everyone.

And lastly, check below a catchy graph for stalkers: 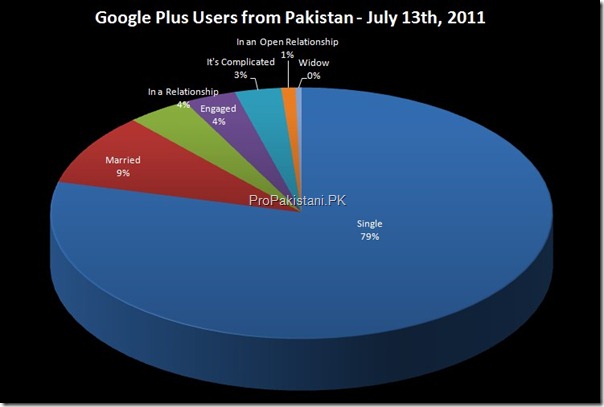