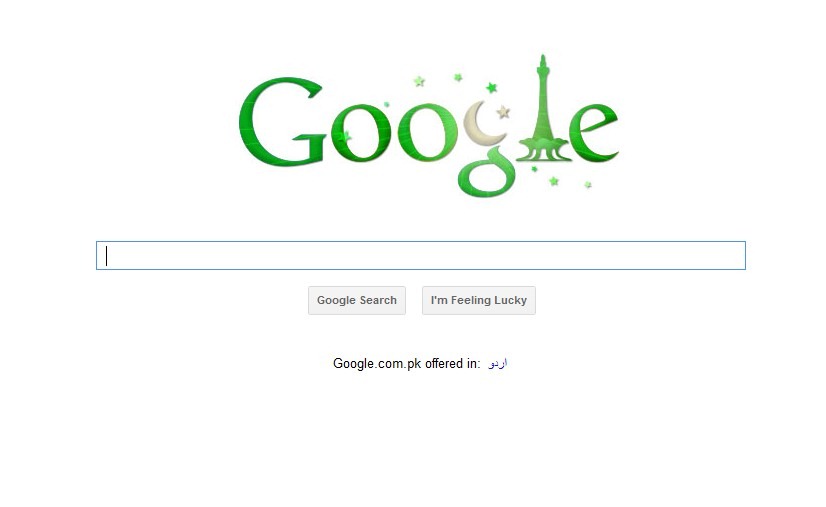 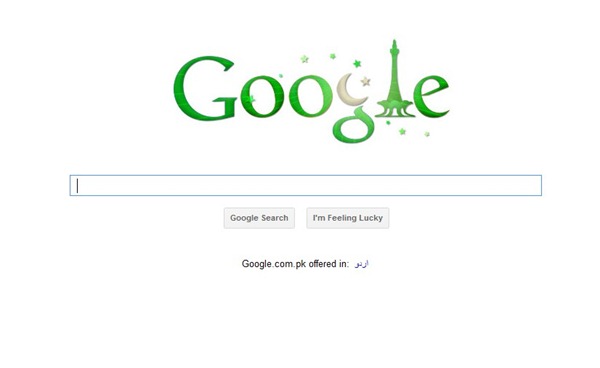 Google Pakistan is celebrating Pakistan’s independence day by featuring a Green Doodle with “L” being replaced with Minar-e-Pakistan and a moon along with stars.

This is the first time ever that Google has featured a doodle for any Pakistani event, and what better it could be than the independence day.

Pakistanis celebrate Independence Day on August 14th, with flag raising ceremonies, tributes to the national heroes and fireworks taking place throughout the country.

Pakistani internet users had reservations regarding the Google Doodles, as no Pakistani or Islamic event was featured so far on Google’s home page. But Google users from the region will defiantly be delighted with Google’s Green Doodle for their Independence Day.