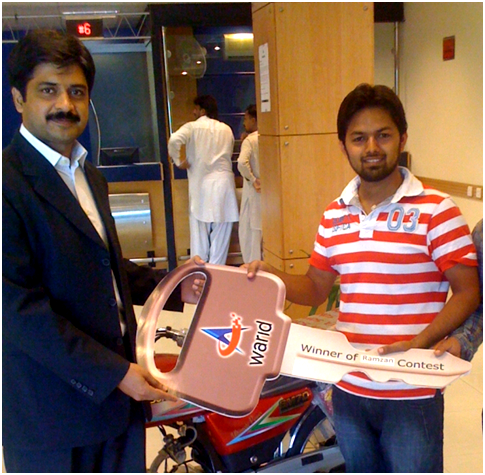 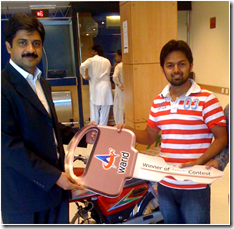 Warid has awarded the winner of it’s Ramadan Quiz that was announced earlier this month.

In it’s first phase, Warid gave away a 70CC motorcycle to Mr. Aqeel Tariq of Wazirabad for collecting maximum points in the run.

Quiz offer various other prizes including LCD TV, Samsung Galaxy S2 handset as well as a Grand prize of an Umrah package for two.

Warid prepaid subscribers could win daily balance bonuses of up to Rs. 1000.