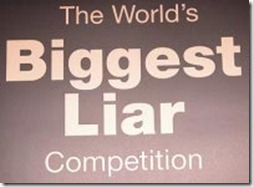 Facebook wasn’t contented with this plain denial and it went on further. A Facebook employee, who directly manages the login system at Facebook commented (maybe he was asked to) on a blog (same blog that revealed the flaw) that Facebook has never taken any interest in tracking it’s users. He says that other major internet companies may track their users – but Facebook doesn’t. Never, he almost swore on this.

Our cookies aren’t used for tracking.  They just aren’t.  Instead, we use our cookies to either provide custom content, help improve or maintain our service, or protect our users and our service (e.g. defending denial of service attacks or requiring a second authentication factor for a login from a suspicious location).

He wrote plenty of other BS, which meant nothing but was confusing people with irrelevant information.

I mean according to him, these cookies are to provide custom content only – which is not tracking. He explains that purpose is just to keep a record of a user to make sure that custom content is provided to him – and we don’t track anyone, anywhere (especially on other website or when they are logged out0.

Probably the guy needs to learn the meaning of tracking.

So if Facebook was indeed not tracking anything, then why did they Fix the cookies issue? On one hand you are saying that there’s nothing wrong – but at the same time you are taking corrective measures? Isn’t it conflicting?

Even worse, if Facebook doesn’t track or they don’t want to track users, then why did it apply for this patent application that deals with procedures for tracking information about the activities of users of a social networking system while on another domains?

This instance uncovers the cheating policies that Facebook relies upon without any moral obligation, ethics or shame.