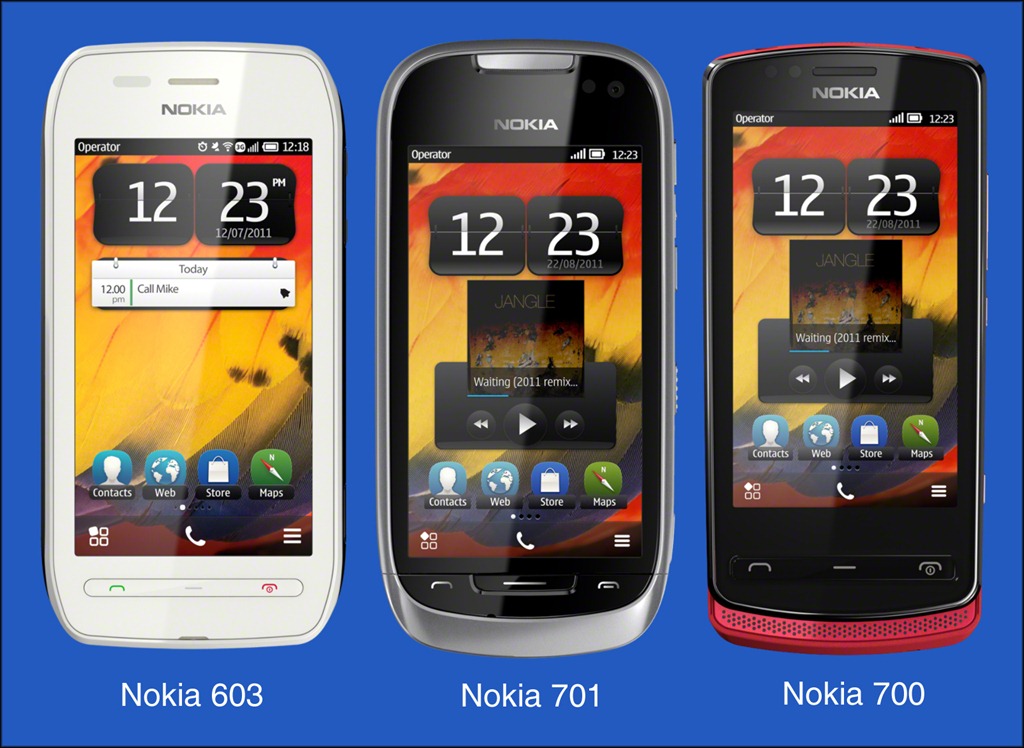 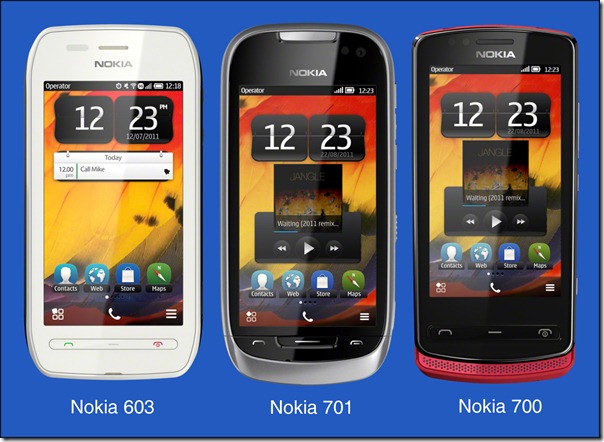 The Nokia 700, Nokia 701 and Nokia 603 extend the range of available designs, features and functionality in the Nokia Symbian smartphone range. Symbian Belle powers all three, with single-tap NFC technology sharing and pairing, the most personal user interface so far and a more powerful mobile Web browsing experience.

As well as allowing content to be shared between devices, NFC capabilities allow any of the three new smartphones to pair with NFC-enabled mobile accessories such as speakers or Bluetooth headphones and headsets.

To extend the range of available NFC-enabled accessories, Nokia is also announcing the launch of the Nokia Essence Bluetooth Stereo Headset, which can be paired with any NFC-enabled smartphone simply by tapping the two devices together.

While all three smartphones contain recognizable Nokia features, they each represent a very distinct set of priorities to allow users to choose what matters most in a smartphone. The most compact touch screen mono block smartphone in the world (Nokia 700); a sleek and stylish smartphone with the world’s brightest mobile display for indoor or outdoor use (Nokia 701), and Nokia’s smartphone built to match the pace of your life (Nokia 603) all bring firsts to the Nokia product portfolio.

Despite the minimalistic outlook, Nokia 700 will sail with:

Nokia 701 is said to bring the brightest screen the world has ever seen. So naturally it excels in graphic performance powered by a dedicated graphics co-processor; in addition it boasts better battery timings.

The Nokia 600 is designed to provide an all-in-one entertainment hub and is claimed to be the loudest smartphone to date.

Nokia 600 will have built-in FM transmitter so you can blast your music through the nearest radio. Moreover, the FM receiver has an internal antennae, so you don’t have to plug in earphones to listen.