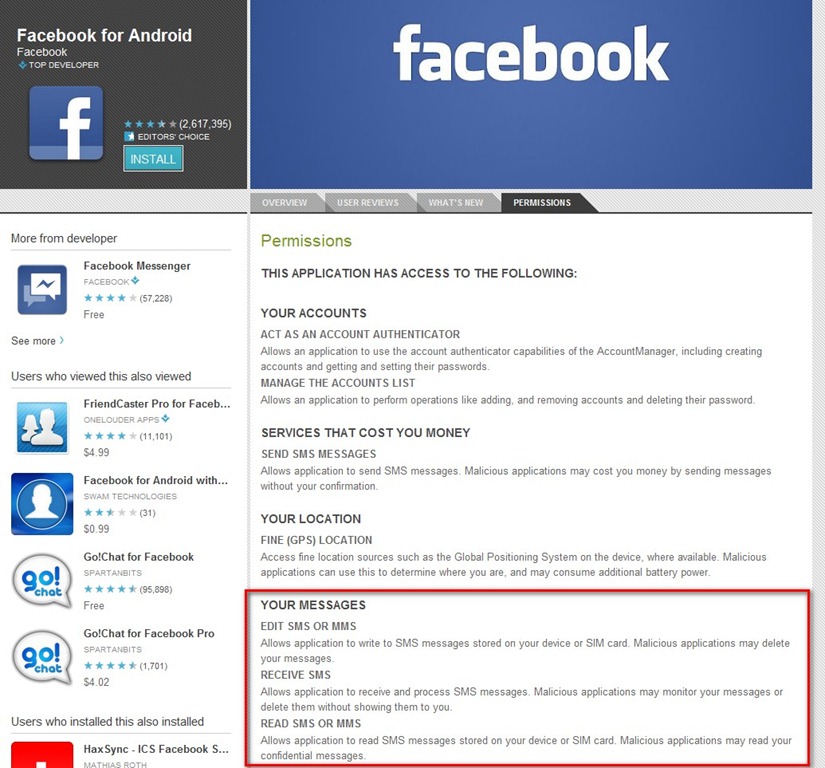 Facebook is accused of accessing, reading and having the ability to write text messages on your Android smartphone with Facebook app installed on it.

Scoop was first reported by The Sunday Times (link needs subscription) saying Facebook has admitted to paper that it accessed users’ text messages for a test feature that company is planning to introduce in future. 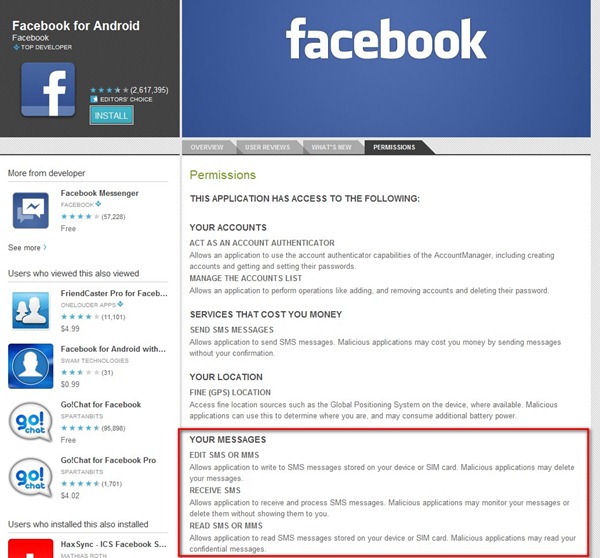 In response to Business Insider’s query, Facebook denied the report. It said:

There is no reading of user text messages.

On the Android App store, the Facebook app permissions include SMS read/write.

The reason it is on there is because we have done some testing (not with the general public) of products that require the SMS part of the phone to talk to the Facebook App.  That’s what the read&write refers to – the line of communication needed to integrate the two things.

Anyway – we have yet to make any such features available to the public. (so the Sunday Times is completely wrong when it says Facebook is reading people’s SMS. Wrong on the terminology, and wrong on the suggestion that it has been implemented).

But Facebook is right to insert this into the Android app permissions  – because yes, the app technically has the capability to integrate with the phone’s SMS system – even if that is just for our own testing.

Clearly Facebook looks dumb here. It didn’t clarify that why its Android App asks for text message read/write permission when the feature (that they are talking about) isn’t available to general public at all.

Privacy on Smartphones is becoming the next biggest issue for the world. Handheld devices store most private and confidential data, which is accurate at the same time, can get exposed to exploiters with just a single click without any option of undoing it.