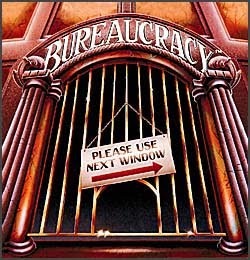 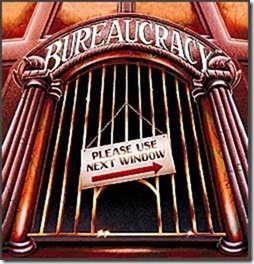 The qualifier of a Central Superior Services (CSS) exam is considered certified among the few extraordinarily genius beings capable of serving the country at higher governmental cadres.

For a common person, the image of ‘bureaucracy’ (or those passing out these CSS exams) refers to a clan of super-genius officials busy in preparing policies centered to their own benefits. It is deemed, generally, that their chairs are disconnected from approach of a man in street.

Such circles lack the familiarity with the latest Information and Communication (ICT) tools, which are important enough to be termed as “fifth dimension” for our survival. Except private sector, which is on the front in accepting latest advancements, the adoption of ICT tools is not welcomed by public-sector entities, mostly.

Coming to the side of general public, the usage and knowledge of such tools is increasing amongst youth. Shortly, the only reluctance observed in accepting adoption of ICT is from government and administrative circles. One of the main reasons behind such fact is the executives are not ready enough to welcome any sort of ICT-based change.

Most of international educational and scholarship competitions demand good scores in tests like GRE, TOEFL and SAT etc. Therefore, in addition to attaining grip on the particular subject, acing such tests also demand a good know-how with computers and internet. Thus the individuals selected are not only intelligent in their own subjects but also good computer users, so overall in par with stipulations of such digitizing globe.

Developing countries, including Pakistan, suffer from the gap between officials and public which in turn leads to conflicts. Thomas L Friedman, in his book “The world is flat” stresses the need on the officials’ part to be accessible to grass-root level of a society. Availing internet properly promises so.

Despite expansion of web throughout the country since its beginning in 1992 and provision of incentives for promotions of IT by the government, the country’s public-sector, especially administration, still lacks familiarity with advanced usage of ICT tools.

You can still see large sized paper registers for documentation in range of government offices, from Post offices to hospitals. Local and multinational companies offering ICT solutions, ranging from digitization of public records to unified communication, face hurdles when they propose such solutions to government officials.

A democratic country’s prosperity and development also depends on the degree of freedom and equality of human rights. In addition to following developed western countries in education and research sector, there is also need to copy the way their administration works.

A few of the potential advantages by integrating latest ICT tools to our bureaucratic system are:

Achieving such advantages demands a warm reception of IT in our bureaucratic setup. Therefore, steps aimed at attracting ICT professionals to civil services need to be taken in spite of the reality that a CSP officer, through out his service, has to attend specialized courses, some of which may cover limited ICT-related topics. Also some compulsory computer science and technology related topics should be introduced to CSS syllabus.