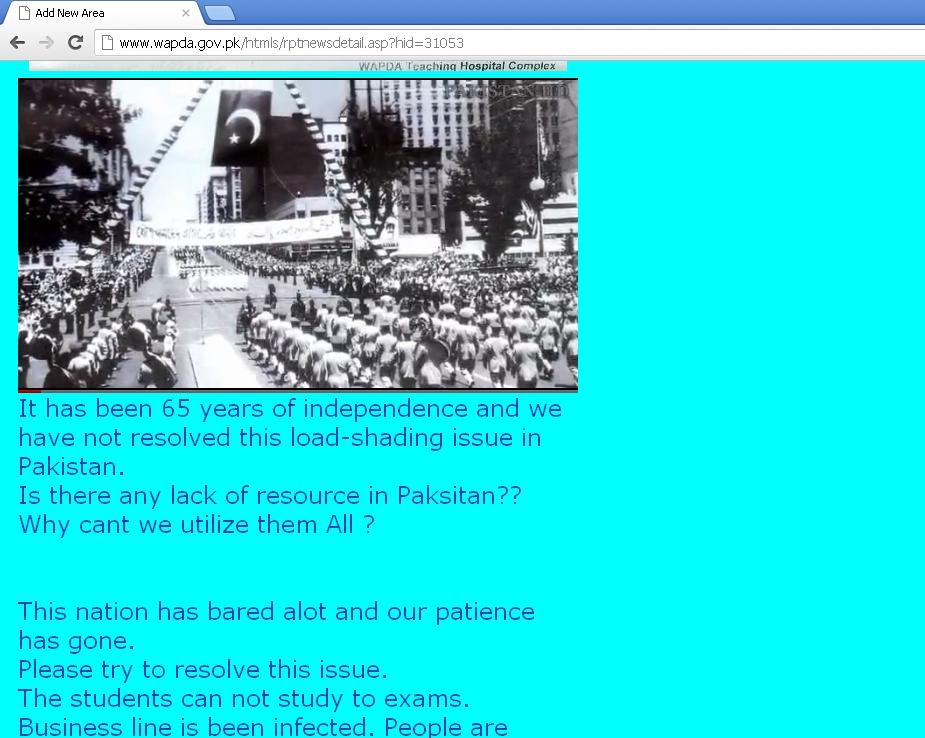 Hackers are fast adopting this way of communicating their message to the concerned authorities by hacking and defacing their websites. The latest of their target was WAPDA (Water and Power Development Authority) that got hacked today and was defaced by a hacker who calls himself “No Swear” from Pak Cyber Pyrates.

“No Swear”, through this defacement, has asked the authorities to stop load-shedding, a problem that country has unsuccessfully managed in its entire life line.

It has been 65 years since independence and we have not resolved this load-shading issue in Pakistan.

This nation has bared a lot and our patience is over now.

Month of August is best known for cross country defacements between Pakistan and India. But this year August, however, brought a change as Pakistani hackers are hacking and defacing their own websites to deliver their message to authorities concerned.

Getting back to WAPDA’s defacement, here is the injected page: 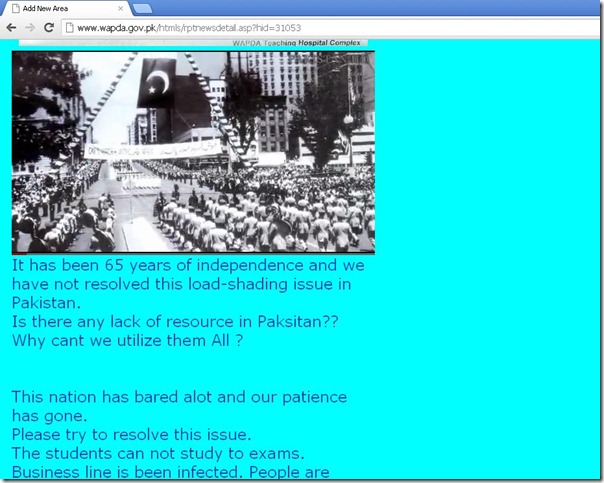