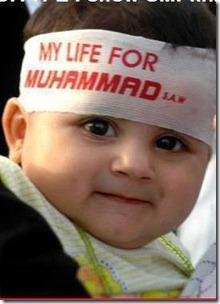 Pakistan today officially demanded the removal of anti-Islam film from YouTube, by calling it an attack on 1.5 billion Muslims.

These demands were made when acting US Ambassador Richard E. Hoagland was summoned by Foreign Office in Islamabad today, who was told that the film was aimed at fanning hatred among the people of different faiths and demanded the US government to take steps for the film’s removal from YouTube.

US Ambassador was reminded that all faiths need to promote inter-religious harmony and tolerance. The intentional spread of hatred among faiths is an attack on humanity itself.

According to the Foreign Office, the anti-Islam film was a conspiracy to spread hatred amongst different religions.

Pakistan government also demanded that action be taken against the film’s author and against those involve in its making.

Ambassador Hoagland reiterated his Government position as well that of the US leadership that they strongly condemned the video. The video was disgusting and was act of one aberrant individual. He further stated that vast majority of American people have also condemned it.

In a related news, a Los Angles court dismissed a plea for the removal of Anti-Islam from YouTube. An actress, who has appeared in the film, had plead the court to order YouTube for removal of clip.

She had alleged the film director for forging the script and fooling her to play in a hateful and anti-Islam movie which she was told to be a desert adventure movie. She had claimed that movie was re-dubbed in post production phase.

Google’s lawyer told the court that laws encourage free speech, especially with matters of public concern. “We don’t allow people with private interests to trump that,” the lawyer said.

“No matter how we view the content, whether it’s reprehensible or mocking, the fact is, it’s a subject of wide debate on a topic of interest for people around the world,” he added.