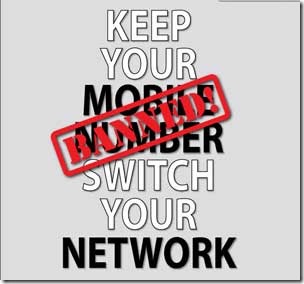 Pakistan Telecommunication Authority has just issued a directive to all cellular companies, telling them to impose a permanent halt on Mobile Number Portability (MNP) services.

Directive from PTA, a copy of which is produced below, says that on direction of Ministry of Interior a ban has been imposed on MNP, effective immediately.

Reportedly, the ban is imposed in result of a meeting held at Ministry of Interior, that was chaired by Mr. Rehman Malik, which advised to ban MNP (along with other measures) for security reasons.

Cellular companies confirmed ProPakistani that they have received the directive for banning of MNP. They are however clueless and pointless over the move.

It merits mentioning here that MNP was launched in Pakistan in March 2007 and it proved to be a successful service in the country, that is availed by million of subscribers.

It maybe recalled that another directive issued by PTA today said that cellular companies will have to shut down their entire sales network. It said that cellular SIMs will be sent to customers’ home addresses — given on their CNICs. 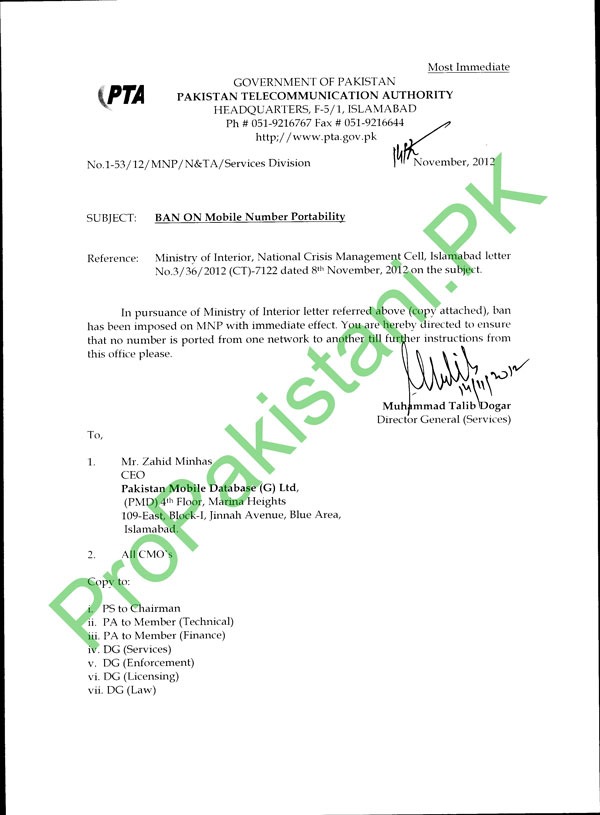