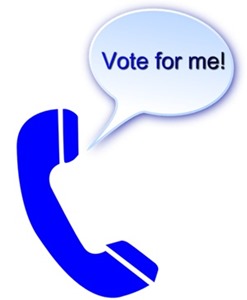 Elections are nearing while political parties are already on their toes to plan their election campaigns with all the power and resources they have got.

This time, social media and telecommunication services will be best used (or maybe mis-used, or even ab-used) by political parties for their short-term election gain.

This is evident from the fact that social media and telecommunication services have flourished a lot in last 3-4 years that now they are set to play a significant role in upcoming elections.

Those who don’t know, Robo calls are those automated calls made to citizens to broadcast political message.

Our telecommunication laws and policies were made before the emergence of all these new technologies and hence they were not covered in laws when they were made almost a decade ago. Using this gray area in telecommunication laws, political parties already flood the phone lines with Robo calls and marketing text messages, which should be otherwise regularized by the government and must be used in accordance with laws.

As stated before, there is no mention of Robo calls in our telecommunication laws, and hence anyone can use sophisticated but inexpensive and cost-effective solutions (offered by various local companies) to make hundreds of thousands of calls to those who never subscribed to their political updates.

Now is the time that Pakistan Telecommunication Authority should act and regularize all these new technologies so that political parties may use the service efficiently but without causing any annoyance and disturbance to telecom consumers.

It maybe recalled that all telecom policies (wireless, broadband, cellular) have expired and are supposed to be renewed with rules for the latest trends. PTA, its time to act now.