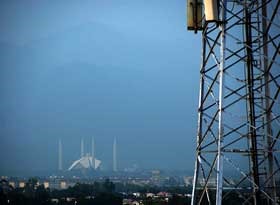 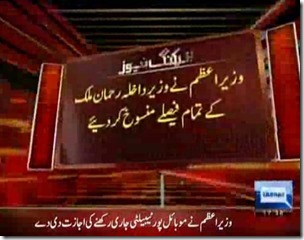 Raja Pervez Ashraf, Prime Minister of Pakistan, has disapproved Pakistan Telecommunication Authority’s November 13th directive, in which mobile operators were asked to not to sell new mobile connections at franchises, service centres or retailers; instead SIMs were to be dispatched to subscribers’ home addresses given on their CNICs.

Sources tell ProPakistani that current market situation, notably the new SIM rules, ban on MNP and cellular suspension on religious and national occasions were discussed during the meeting.

Prime minister has reportedly agreed to withdraw all the directions that were issued in November 13th directive of PTA.

Initial information, that we are getting, suggests that cellular companies have agreed to deploy biometric solutions on their service centres, franchises and retailers to ensure customer verification through thumb impression before selling the SIMs.

Mobile companies will continue to sell SIM cards from their self owned and operated business centres as well as franchise centres after due verification from National Database and Registration Authority (NADRA). However, the sale of SIMs from retail network shall remain suspended until the biometric devices are deployed at each retailer store.

It is learned that pictures of customers will also be stored in cellular companies’ database before issuance of SIMs.

The Prime Minister also withdrew the earlier restriction imposed on mobile number portability (MNP) and said that the present arrangement of number portability would continue due to high integrity of data, adding that verification of IMEI numbers of handset should be ensured.

Reportedly, Prime Minister Raja Pervez Ashraf directed the Ministry of Interior and Ministry of Information technology to immediately sit with Customs and other relevant authorities to streamline the import and local assembling of cellular handsets in the country and ensure that all handsets bear unique identification numbers(IMEI) and handsets without IMEI and duplicate IMEI be banned.

Those who attended the meeting include Prime Minister’s Advisor on IT, Dr. Basit Riaz, Secretary Interior Khawaja Siddique Akbar, Chairman PTA Mr Farooq Awan, Secretary IT and other senior officials.