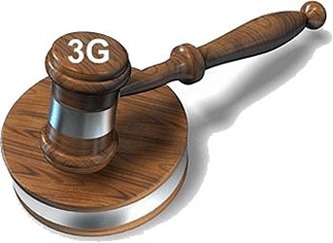 In an email sent to ProPakistani, all three consultants jointly said that they had simply applied for the jobs advertised on PTA website with proper interviews and eventually signed a contractual agreement to carry out the job they were asked for. They said that they have acted entirely properly in this matter and will continue to do so.

3G consultants said that were compelled to defend their reputations following recent articles in other papers about Pakistan’s 3G auction process.

It maybe recalled that Ansar Abassi of “The News” had recently reported that Member Technical and Member Finance of PTA were not taken in the loop during the hiring of 3G consultants, a requirement that is believed to be a mandatory for hiring consultants for auction of telecom licenses.

Consultants, who are foreigners and have nothing to do with internal differences at PTA, are firm that they committed to secure a fair price for the spectrum which neither undervalues a scarce public asset nor overvalues it so mobile companies have no funds to invest in new services.

Consultants said that, in their discussions with stakeholders, they have created a detailed plan to deliver these objectives and are keen to execute that plan.

3G consultants welcomed the involvement of Transparency International Pakistan to ensure that the auction is conducted properly.

Explaining the benefits of 3G, the email from 3G consultants said that economic benefits of 3G will be huge: an enormous increase in broadband penetration that will allow Pakistan to promote programs such as e-learning, e-government and e-medicine to name a few.

It will also provide a welcome stimulus for the local software industry and massive potential efficiencies for businesses. This long-awaited modernisation of the mobile industry will put real money in the pockets of ordinary citizens all over Pakistan.

Rob Nicholls, Martin Sims and Dennis Ward said that they bring over 60 years of combined experience in advising governments around the world on telecoms issues and spectrum auctions.