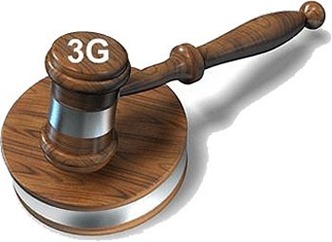 The Information Memorandum is the document that contains the proposed auction schedule and terms and conditions for the auction.

Citing unnamed sources who spoke with both the members, paper reports that Member Tech and Member Finance refused to approve the Information Memorandum immediately, because they believed the process of auction was not transparent.

During a meeting chaired by Raja Parvez Ashraf, Prime Minister of Pakistan, both the members declined to approve IM, after which the document was supposed to become a policy and was to be floated in the market to invite operators for participation in upcoming 3G auction.

The meeting wanted Khokhar and Ghaznavi to approve the Information Memorandum (IM) prepared by the three consultants who were hired without their consent and in violation of PPRA rules.

Notwithstanding all pressures to get their immediate approval, Khokhar and Ghaznavi sought time and insisted that the decision of such matters should be left to the Pakistan Telecommunication Authority as per the law and rules.

It maybe recalled that PTA had floated IM for 3G auction earlier in 2012, which was scrapped due to flaws. PTA, earlier in October, had hired three consultants to prepare IM and conclude the auction by early 2013.