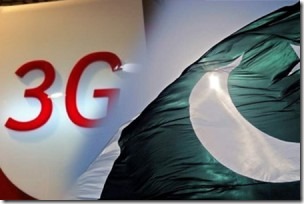 Dr Khawar Siddique Khokhar, in a letter written to Principal Secretary to the PM, the cabinet secretary, secretary information technology, has termed recently appointed three consultants for 3G auction as illegal, in violation of telecom and PPRA rules and without the knowledge (and approval) of authority.

This was reported by “The News”, by saying that it has a copy of Dr. Khawa’s letter that was sent to concerned authorities.

It merits mentioning here that PTA had announced just last month that it had hired three consultants to carry out 3G auction by early 2013.

Dr. Khawar Khokhar, in his letter, revealed that he didn’t know of appointments until he had come to know through the media about the hiring of the three consultants.

Dr. Khawar has claimed that, according to Telecom Act, signing of three members (member finance, member technical and chairman) is necessary for any such kind of contract approval.

While Muhammad Farooq Awan, Chairman PTA, claims that he has the authority to appoint advisers/consultant without consulting the members. Chairman confirmed that Dr. Khawar objected the hiring of consultants.

Differences between Member Technical and Chairman of PTA first surfaced in October 2012 when member technical had allegedly denied to brief the media over 3G and had walked out of the press conference in presence of media and PTA officials.

It maybe recalled that hiring process of consultants for 3G auction went unsuccessful twice, due to which the 3G auction has been delayed for over a year now.

Consultants for 3G auction were finally hired just last month and regulator is aiming to conduct 3G auction by early 2013.

Auction of 3G licenses is feared to get further delayed if hiring of consultants is challenged (and probably reversed) in such a way.