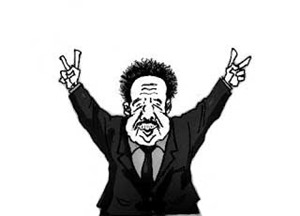 The fiasco of YouTube over weekend, during which PTA first asked internet service providers to unblock YouTube and then directed them with-in few hours to block the service again, earned nothing but bad coverage for Pakistan in global media.

For example, the western media reported the incident in following words:

Clearly everyone bashed Pakistan for blocking the service again. Not to mention, everyone linked to Rehman Malik’s Twitter account – to earn him free publicity. This all happened unnecessarily; I am saying this because of following:

No one is able to understand that why Rehman Malik had to announce the opening of YouTube on his twitter account, without ensuring the blockade of anti-Islamic videos – the reason for which government had to block the YouTube, three months ago.

I mean it is so simple to search for a keyword on YouTube and to figure out if anti-Islamic videos were blocked or not? Why Geo TV had to tell the GOVERNMENT that blasphemous videos were still there?

This is the height of mindless attitude one can expect from a government official, who will say whatever comes to his mind at a given time and then someone else has to come forward to undo his words. Just to remind you, this is not the first time that Rehman Malik’s instructions were undone by someone else.

Even worse, PTA issued orders to ISPs without questioning this person. If Rehman Malik, for some reason, was unable to sense the situation then those giants sitting at PTA could have told him about the availability of the videos due to which the website remained blocked for three whole months.

I am wondering, why there is no process of evaluating someone’s performance, their track record and the things they are responsible for? Especially if they are holding senior government positions.