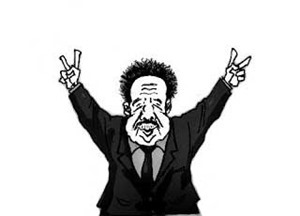 On the occasion of Chehlum of Hazrat Imam Hussain (R.A) today, amid security reasons, Pakistan Telecom Industry is undergoing its worst cellular service closure till to date.

With only 3.5 million active landline connections in Pakistan – only option to remain connected today – majority of population in Pakistan is expected to remain without communications.

Late last night, On the advise of Ministry of Interior, Pakistan Telecommunication Authority had issued a directive to cellular operators to suspend mobile phone services in 46 major districts or in at least 200 large metropolitans across Pakistan.

This does not include the monetary loss or other damages that the people of Pakistan bear due to inaccessibility of communication services.

Service closures in Pakistan for security reasons, the only example of such kind in the whole world, are expected to persist and may only worsen in coming days.

Salman Ansari, a senior telecom professional, says that he hasn’t seen times as bad as this in telecom history of Pakistan. He opines that today’s age and time has got all sorts of tools (such as data mining, massive legal interception, pattern recognition, common and accessible data bases of cell phone companies, the deep NADRA data bases, etc) available to tackle terrorism but all the Government can think of is of shutting down communications, which are a vital lifeline for many.