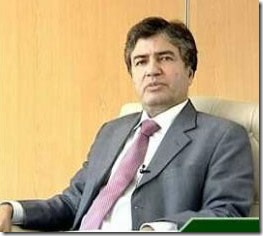 In middle of political unrest in Islamabad, Lahore High Court has terminated Muhammad Farooq Awan, the Chairman of Pakistan Telecommunication Authority, in an order today that said the appointment of Chairman was illegal and not in accordance to laws.

Hearing a petition filed by Khawaja Saad Saleem (of Nayatel), that had challenged the appointment of Mr. Farooq Awan as Chairman PTA, Justice Mansoor Ali Shah of Lahore High Court declared the appointment null and void.

The petitioner had pleaded that government did not fulfil the requirements for the appointment of chairman of PTA, as no ad was published in any publication for the mentioned post.

Petitioner had maintained that appointment of Farooq Awan as Chairman PTA seemed on political basis, than of considering any merit. He had requested Court to declare the appointment as null and void.

Earlier, the Lahore High Court had issued an interim order restraining Chairman PTA from discharging any function in his office without the approval of two other members of the Authority.

Farooq Awan had probably seen this coming and wasn’t coming to office for last four weeks.

Due to current political situation in Pakistan, it is hard to predict the next chairman.