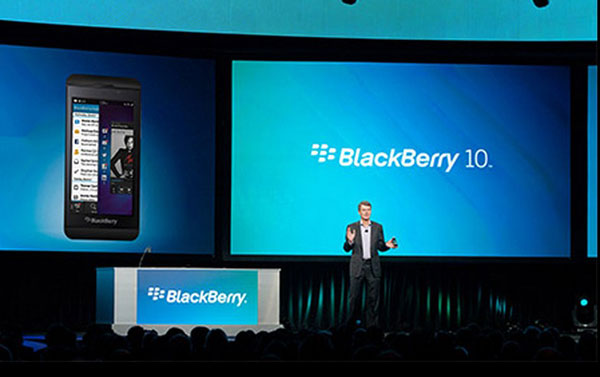 Much hyped Blackberry 10 was unveiled yesterday, a last hope for Blackberry — formally called RIM — to pull back its stock value and Smartphone market share before hitting into a dead end.

Blackberry 10 has already impressed the tech world. It has pretty cool features that can easily please the smartphone users by making their lives simpler. Having said this, it appears that Blackberry 10 is more inclined towards business users and this is exactly where Blackberry is going to face the wrath of iOS and Android.

With Blackberry 10, it was somewhat hoped that company would try to pull the youth and general audience towards its smartphones, but seemingly the chance has been missed.

As mentioned above, Blackberry 10 is a wonderful suite of tools for business users. I am not saying that common users don’t have anything in it — but the taste Blackberry 10 offers — is different than the pulse of average smartphone user. Moreover the pitch Blackberry has used will not bring common smartphone user to its circle.

Blackberry 10 is an entirely revamped OS. Its nothing close to BB7 or the ones you are familiar with. To start with, here are the main features of Blackberry 10:

Blackberry Hub is likely to remain the top seller for newly launched Blackberry 10.

Blackberry Hub is a universal inbox and offers all your messages and conversations at any time, from email, Facebook, LinkedIn, BBM or anywhere and everywhere in one place. If you are in the middle of something — say you are watching a video — and see the flashing red light? Take a peek at Blackberry Hub with one simple swipe and you are done.

With Blackberry Hub you can do all your communication tasks such as managing accounts, replying emails, updating status updates, searching contacts, calander, meetings, history of a contact and what not. And best of all, you do all these tasks with-in one app.

Not to mention that video will keep running on the background and can be switched back effortlessely, i.e. just a swipe and you are back to your video again.

Blackberry Hub is something that was missing in iOS and Android.

Thorsten Heins, the CEO of Blackberry, repeatedly claimed that the new Blackberry 10 keyboard is industry best. And it sure is. With all the glory of Blackberry Hub, this keyboard was a must.

Have a look at it below: 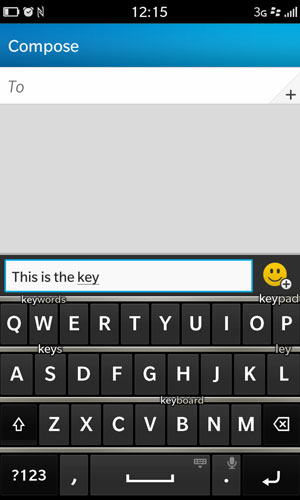 Unlike other keypads (with iOS or Android) BB10 Keyboard can predict various words that are displayed on screen and just need a little nudge on keypad to select the suggestion.

Turning numeric pad on is again simple — just nudge the screen anywhere and you will get numeric pad, special characters and so on.

You can simultaneously select three languages to type in. More in below demo video:

BBM, or BlackBerry Messenger has been a core feature of the BlackBerry for years and it just got lot better with BlackBerry 10.

Check below video for the demo:

BlackBerry is making a lot of noise about its BB 10 camera application, especially the ‘Time Shift’ feature, which allows you to select the perfect frame out of a moving picture.

You can select two or more different frames in one same picture to get best shots of two or more faces. Faces are detected automatically and can be shifted (in time) to get the best shot from a moving picture.

Camera app comes with built-in photo editing app that offers various filters and enhancements that can be added to the images.

You can select multiple pictures and a song (from album), if you want to, to combine them all in a Video using “Story Maker” feature to ultimately share it with your friends.

BlackBerry 10 bring a feature that will impress the businesses and individuals alike. Blackberry Balance, as the name suggests, can bring balance in your personal and business lives by separating and securing work and personal information on BlackBerry devices.

Companies can configure and confine the work profile while letting their staff free to use whatever they want to in their personal profiles. Users can switch between profiles or experience a consolidated view of both the profiles if required.

This way apps and data that are sent/consumed by your organization for business needs is restricted from being accessed by personal apps. And vice versa.

Blackberry 10 is a solid platform built for the power users. With introduction of Blackberry Hub, keyboard, BBM, Blackberry Balance and swift browser, the Blackberry 10 has already out-shined iOS and Android. Its fluid, smooth and delicious interface to use.

However, on the apps front, the Blackberry will suffer. Naturally it can’t compete with iOS and Android when it comes to apps. Despite serious efforts, there are many big names that aren’t seen on Blackbery’s App World yet.

Users opting for Blackberry 10 will sure have to compromise on apps. While the maginture of this compromise can lessen with time, it is feared that Blackberry might get too late to make an impact.