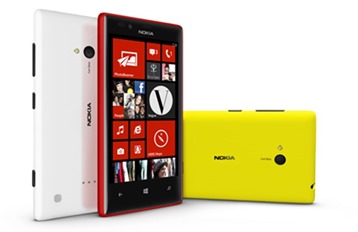 Nokia has announced the availability of two new additions to its Lumia series, augmenting its range of Windows Phone 8 devices in Pakistan across price points to attract younger and hyper social audience.

Nokia Lumia 720 offers a powerful camera as well as an integrated entertainment and social experience of WP8. Nokia Lumia 520 is a highly immersive and affordable smartphone that provides rich selection of innovations for a more fun and exciting smartphone experience.

Speaking about the new devices, Arif Shafique, country general manager, Nokia Pakistan & Afgahnistan said, “The WP8 momentum is building and Nokia is charging ahead with the Lumia series. The availability of Nokia Lumia 720 and Nokia Lumia 520 in Pakistan market reflects our commitment to build a winning ecosystem that will enrich people’s mobile experience and help them connect with each other at newer price points. The two new smart devices will further invigorate brand Nokia amongst the new generation of smartphone purchasers.”

With a focus on younger and connected audience, the two devices are not only high on innovation but come with a stunning and eye catching design that is sure to make heads turn. Nokia Lumia 720 and Nokia Lumia 520 are based on the core components of design-inspiration, colour, craft, simplicity and material – that bring together gorgeous design and great functionality to reveal devices that are truly spectacular.

Nokia Lumia 720 comes with unibody design and is powered by Qualcomm Snapdragon S4 Plus mobile processor optimized for the Windows Phone 8 experience.

Along with powerful hardware and Nokia digital camera lenses including Cinemagraph, Smart Shoot and Glam Me, the Nokia Lumia 720 makes it easy to capture and share stunning pictures. Nokia Lumia 720 is available in 5 eye catching colours yellow, red, cyan, white, and black. 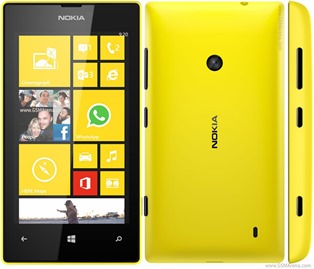 Digital camera lenses transform the 5-megapixel autofocus camera on the Nokia Lumia 520 into a fun way to capture pictures and share memories. Cinemagraph adds motion to still images that can then be shared with friends on Facebook, Twitter or via email. Nokia Lumia 520 is available in yellow, red, cyan, white, and black and with changeable shells.