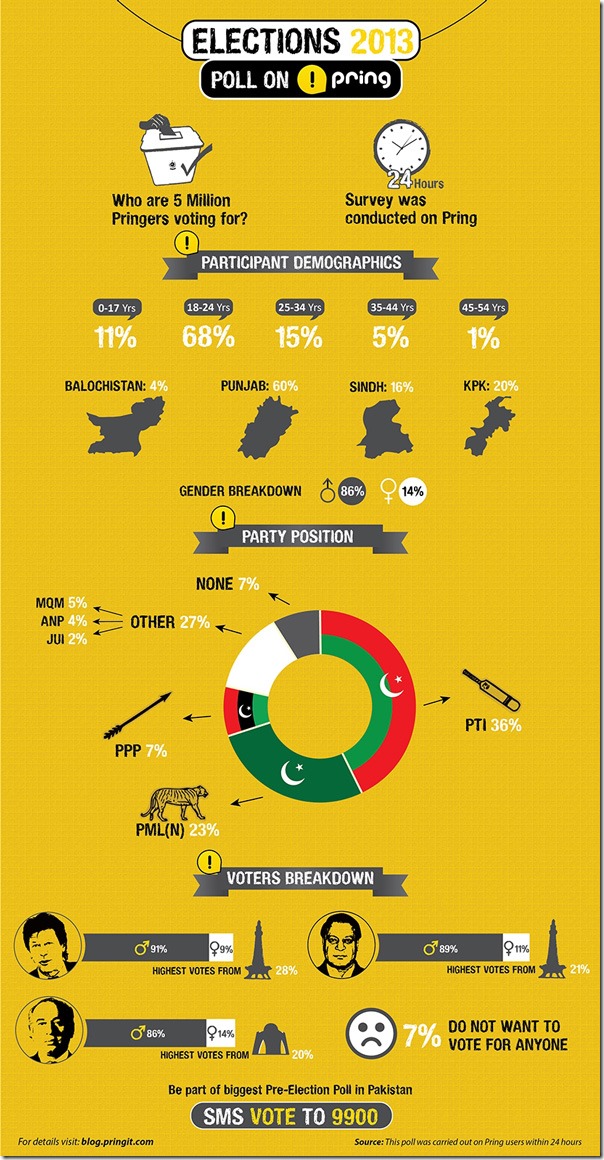 General Elections 2013 are happening at a time when Social Media usage is on the rise and around 25-28 million population of Pakistan is connected to internet for various purposes.

Similarly, there are over 120 million mobile phone users in the country. This population, which is either connected to internet or via mobile phones, is gigantic.

Collecting data from this population is relatively easy and many folds more reliable than the data that research companies used to collect through hard-core and conventional means.

Even better, we have companies like Pring (a mobile social network) and Rozee (a job portal) having huge audience and registered users who are willing to participate in polls that can bring us a clearer picture of various things.

Interestingly, both the companies carried out polls on upcoming elections, asking their users about the political parties they support. Here are the results:

Out of 5 million Pringers, 37 percent voted for PTI – hinting that that young mobile phone users (almost 70 percent of total Pring audience) are indeed in love with Imran Khan. Rest of the results are shown in below infographic:

Rozee asked its entire user base about the political party they are supporting. Around 10,000 users participated in the poll and expressed their thoughts that are presented in below images. 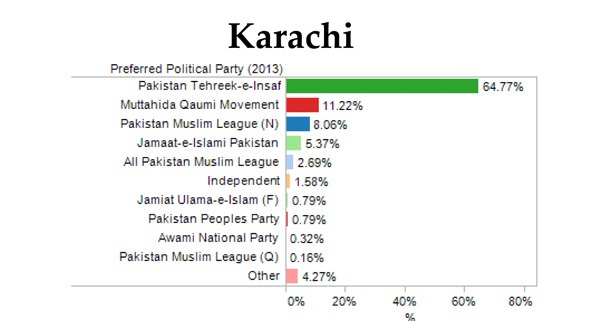 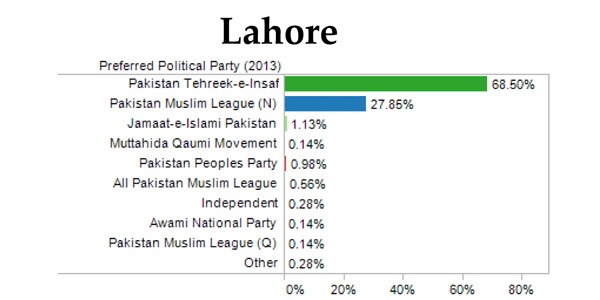 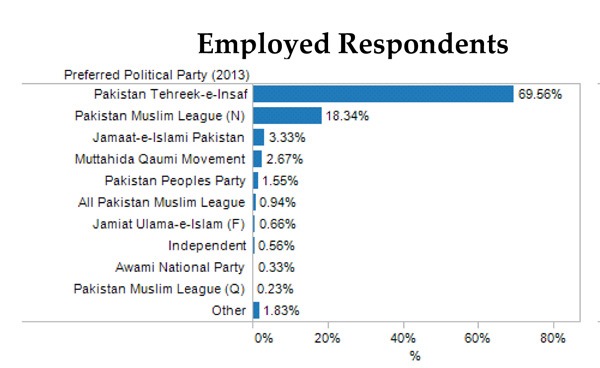 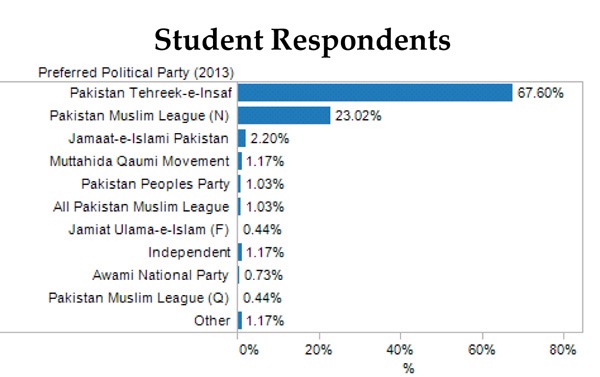 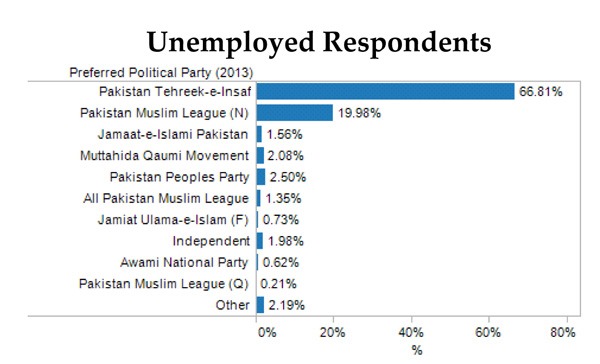 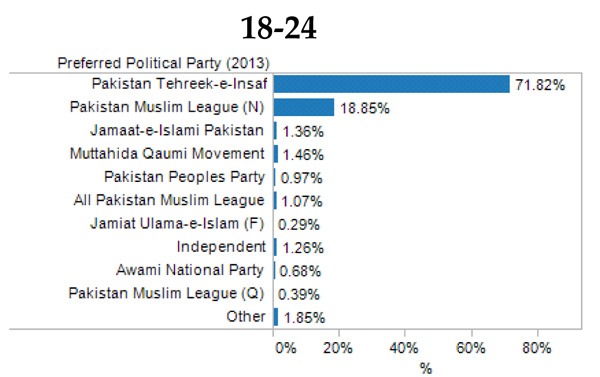 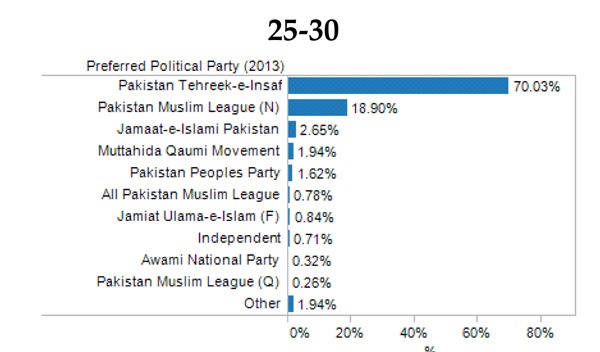 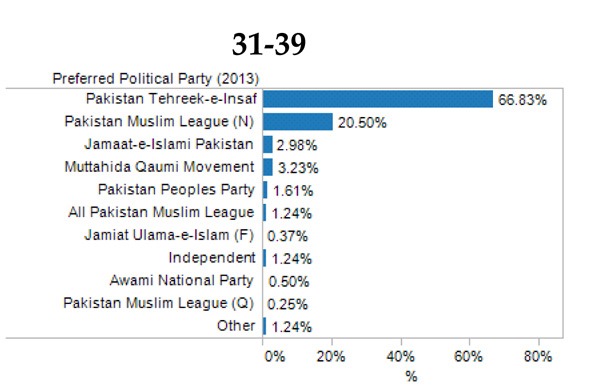 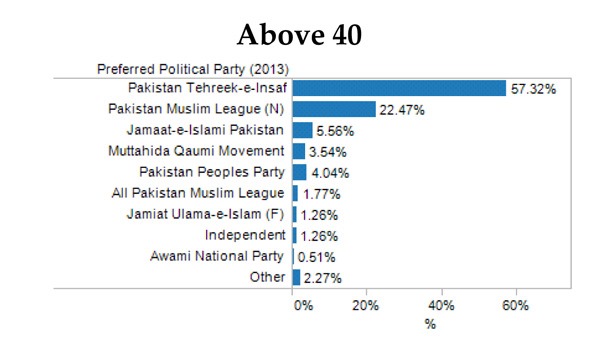 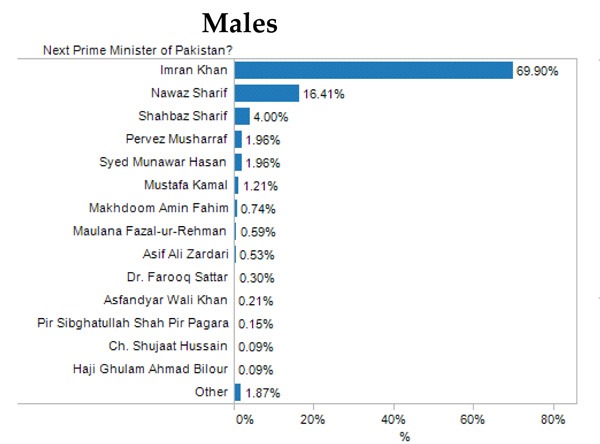 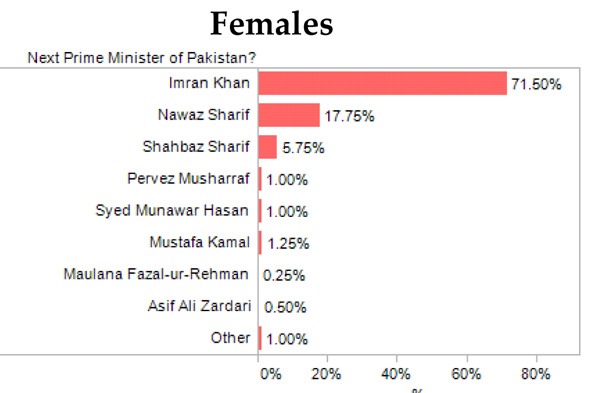 While these polls don’t represent the total population, but tens of thousands of users – who participated in the polls – clearly depict that PTI is ready for a breakthrough in upcomng elections.

Still, let’s not conclude anything here and wait for May 11th for the final results.