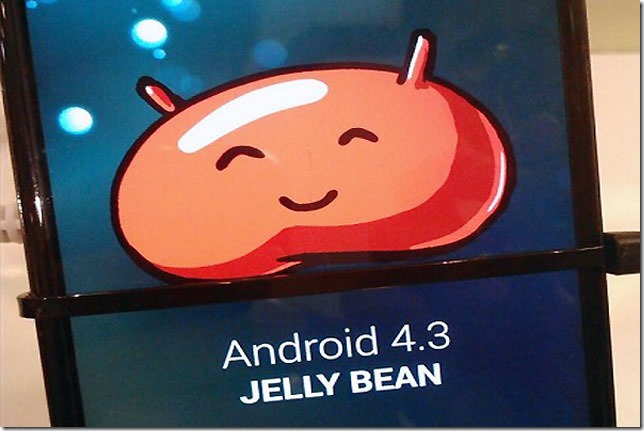 Google has finally taken the curtains off the latest offering of its mobile OS. Some people might’ve been left disappointed again by Google’s reluctance to announce Key Lime Pie immediately but the new Android 4.3 Jelly Bean isn’t bad by any standards.

The update is largely an incremental one, which brings some performance improvements, alongside some software enhancements.

Here are the most-important features which the update brings:

The ability to make multiple profiles in a single device is a feature already brought in the previous versions of Android but Google has added the feature to restrict the “rights” of any particular profile just now. This is a bit similar to the Kid’s Corner in Windows Phone and here too you can select only a number of apps/features which can be accessed by the profile being restricted.

Android 4.3 brings the ability to view your notifications history. Apps, accessories and games can now take even better control over your notification bar now and can be sent to other paired devices from there.

Android 4.3 brings support for OpenGL ES 3.0 graphics which will be great for games as it improves details. It brings much more complexity in both 2D & 3D (Google also demonstrated this at its event) and adds a real depth to the whole experience.

Things much more complex than Real Racing are coming soon. This feature will be available on the new Nexus 7, Nexus 4 and Nexus 10 as of now.

Bluetooth Smart is a new feature which interacts with accessories and will use the same technology to conserve the battery. Also added is Bluetooth AVRCP 1.3 which sends additional information to the audio device paired with your phone.

Performance has been Android’s Achilles Heels but Google hasn’t made a secret that it has waged a war against it. The performance enhancements which were brought in Jelly Bean are built upon here. Vsync, touch latency, CPU input boosts, and others will make working on the OS smoother than before.

The rendering performance across various fronts have been improved drastically too.

Android 4.3 also brings support for languages which are written from right-to-left. The notifications bar, dialpad and lists, all are reworked for these specific keyboards. That will also be supported by a lot of pre-installed apps. Unfortunately, this is not available for Urdu yet but hopefully that will change in the future.

Emoji Keyboard also comes along with the system now and is activated by a long press on the spacebar key.

Google is adding a Google Play Games app from Android 4.3 onwards which is a bit like Apple’s Game Center, where you have a leaderboard showing yours and your friend’s progress and the achievements you have accomplished.

Google Keep is yet another app which will be coming pre-installed and Hangouts will be replacing Talk officially. Several new additions like a separate menu for your disabled apps have been added as well.

Android 4.3 brings great convenience for developers. Apart from OpenGL ES, it also brings a vastly better Systrace tool which will give the developers an even better idea of their app’s performance.

When will it roll out?

The new Android 4.3 is already being rolled out to the Nexus 10, Nexus 4, Galaxy Nexus and the original Nexus 7 worldwide. Samsung Galaxy S4 and HTC One Google Editions will follow later. Other phones not running on stock-Android will be receiving the update through their respective manufacturers in the coming few months.

Android version 4.3 is a great step forward for both users and developers. Features like OpenGL ES don’t only open new doors for app-developers, but also make sure that users will get even better stuff in the future.