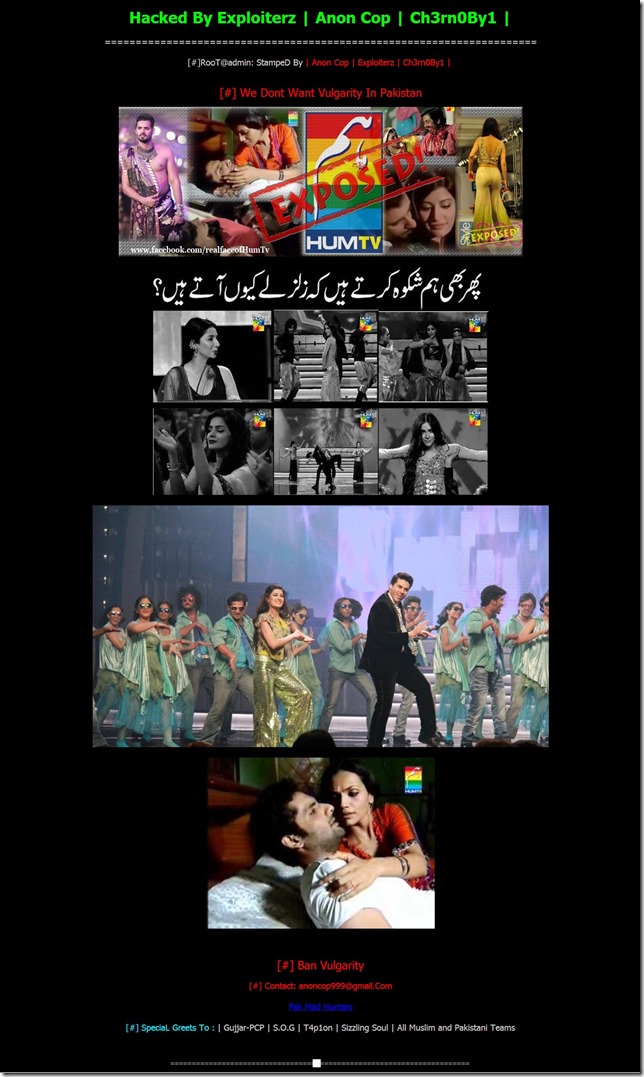 Hum TV, country’s top entertainment TV channel, was last night hacked as a protest against the vulgarity it is alleged to spread in the society.

This hacking incident was followed by a campaign run on social media against vulgarity and Hum TV. The campaign had questioned the ethical standards of drama channels in general and Hum TV in specific. Along with there went a controversial and quite explicit clip from Hum TV drama viral on Facebook.

Hackers, who are apparently from Pakistan, clearly mentioned: “We Dont Want Vulgarity In Pakistan”.

Along with the message, the hackers also put up dozens of screens of various Hum TV dramas and shows with fairly bold scenes for Pakistani standards.

Following are the Links to the Mirrors (proofs) of website’s hacking :

Here is the screen of the hacked Hum TV page:

Thank you Hassan Bashir for tipping us on this.