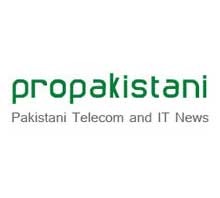 First defacement was due to a flaw in PKNIC, when ProPakistani along with Google and other over 300 .PK domains were defaced.

About recent hacking incident, first thing first, it was our mistake that the website got hacked. We were not up to the mark in securing it and were not able to see this coming.

Having said this, hackers exploited a zero day vulnerability in vBulliten (the script that we use for Forum section) was still unpatched. Through this they penetrated into server and were able to take control for a brief time.

During or after the hack, no data was lost. And everything is in tact.

Luckily, ProPakistani has this history of tracking down its hackers, to their home addresses, home phone numbers, cell phone numbers and so on. This time too, we were able to track the hackers and literally spoke with them over the phone.

After securing our server to an extent, we did our investigation and started collecting data from our friends. With their help, we were able to track down 1337 or shadow008 and H4x0rl1f3 or Dr.Trojan, the lead hackers of the group that had claimed defacement of ProPakistani.

Within 24 hours, we had all sorts of details on these hackers, including their real names, cell numbers, home addresses and more. Instead of getting these guys nabbed, I thought of getting it done the sweeter way. I called up the hacker (he’s out of Pakistan) and gently asked him to stop doing this. Not surprisingly, he accepted the offer.

There were few thoughts exchanged, including apologies and call ended after few minutes on a good note.

We are sorry about the episode. Rest assured, we are making all kind of efforts to make sure that this doesn’t happen again.