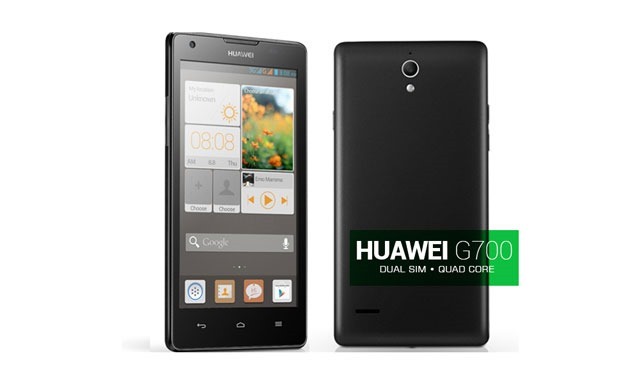 Huawei is all set to launch yet another Dual-SIM smartphone in Pakistan.

After launching a couple of low end smartphones recently, this time company is targeting the high-end segment with its Dual-SIM Ascend G700.

Huawei, while confirming ProPakistani, said that company is launching Dual-SIM Ascend G700 in Pakistan next week. Just as we predicted, Huawei is trying to expand its reach in the Dual-SIM smartphones segment by introducing low, mid and high phones.

G700 takes most of its design inspiration from Ascend Mate. It features a 5-inch IPS display with 720p resolution. This screen size is considered normal these days for smartphones, but it can also be categorized as a phablet — a mini version of Mate.

Ascend G700 isn’t probably the finest hardware around. It is equipped with Quad-Core 1.2GHz processor, 2GB of RAM and 8GB internal storage with an option to expand memory via microSD card upto 32GB.

Ascend G700 features 8-megapixel primary camera equipped with a single LED flash and a secondary 1.3-megapixel snapper for selfies. Both cameras are able to record 1080p videos as well. The phone runs on Android 4.2 out of the box, with Huawei’s home grown EMUI version 1.6 on top of it.

It merits mentioning here that this phone will also be sold by the distribution network of Muller & Phipps, which was appointed recently as the official distributor of Huawei in Pakistan along with Airlink Communication.

There is no word on the pricing yet, but looking at the specs and Huawei’s previous pricing strategy this phone will be priced between 25-30 thousand rupees.

We will try to bring a complete hands-on review of this phone very soon, so keep checking back.