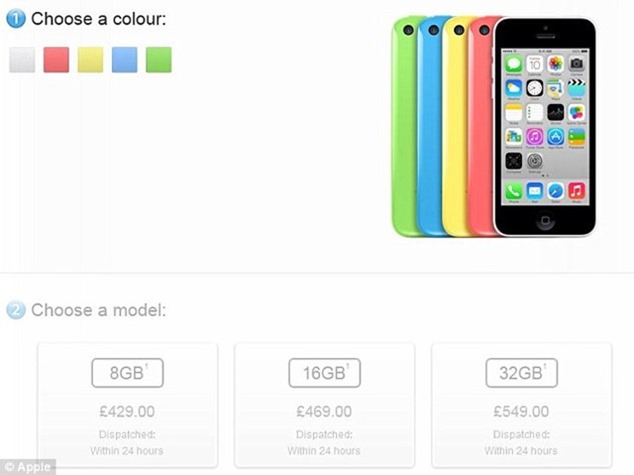 Yesterday, Apple brought in a few major changes in its iOS product line-up. These changes should not only bring iOS devices to a larger audience, but also will offer more quality.

While it hasn’t been a closed secret that the iPhone 5c isn’t selling well, Apple is desperate to get some attention. Due to that, the cheapest latest-gen iPhone is a bit more cheaper now.

The 8 GB version of the iPhone 5c makes it the first phone in Apple’s line-up since the iPhone 4/4S (quite a while back) to have such an amount of memory.

Of course, lower memory means lower price but that hasn’t been slashed as dramatically. Unlike the 16 GB iPhone 5c, which retails for a mind-blowing 599 Euros, this one will be available for 549 Euros (that’s 75,000 PKR still!).

We’re not sure what is it that will make this phone attractive to anyone but purely an Apple fan, since even the Galaxy S5 and the upcoming new HTC One will launch for much cheaper.

One of the bitter realities of like is that the iPad 2, that was announced way back in March 2011, was kept on sale for a laughable $399, same as the latest 7″ iPad Mini with Retina Display.

Thankfully now, the good news for the believers in mankind is that it finally has been axed, in the favour of a much-acceptable 4th-generation iPad, 16 GB version to be particular.

The iPad will be available in both Black and White flavours.

The killing of the iPad 2 has made the number of products using the old 30-pin connector one less.