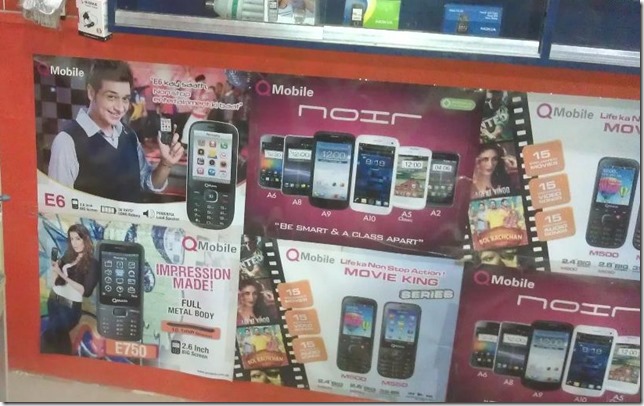 Unfortunately, there are no official records available for the numbers of handset shipments arriving in Pakistan, making it extremely difficult for researchers to come up with something concrete about Pakistan’s handset market.

Let alone the shipments per month or per year figures, we don’t have any official record available for the total number of manufacture-wise handsets available in the market as a whole.

Mobile phone manufactures, despite attempts, are not agreeing to reveal the exact number of their shipments. Another source that can reveal such stats is the cellular companies – as they have the data of all the handsets attached to their networks – but they would also not say any thing about these stats.

A report published by Express Tribune today, however, claims to have unearthed some estimates of the handset shipments in Pakistan.

Based on tax recipients of the Federal Board of Revenue, the report claims, there are around 2 to 3 million handsets imported every month in Pakistan.

Out of these handsets, 85 percent are feature phones or those handsets with basic telephony functionality, while just 15 percent handsets are smartphones.

Besides legal imports, citing market sources the report claimed, up to 150,000 mobile phones, including high-end brands like iPhones and BlackBerrys enter the country through the grey (illegal) market.

Citing unnamed sources, the report revealed that QMobile is the largest importer with nearly a million units shipped every month, followed by Nokia Pakistan that imports up to 400,000 Mobile Phones each month.

The figure of 200,000 from Voice Mobile is arguable in our opinion.

Report said that number of Smartphones in the market is likely to grow from current 15 percent market-share to over 50 percent with-in short span of time after emergence of 3G/4G in the country.