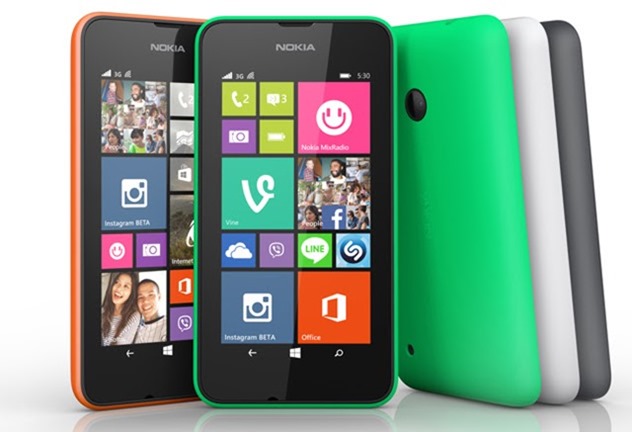 It has been a while since Nokia announced the Lumia 520, the cheapest Windows Phone ever to land on the earth. Now, taken over by Microsoft, time has come for the duo to announce its successor in Lumia 530. Changes are hard to see on paper, though.

Lumia 530’s design is nothing to write about, except that the bezels seem fairly large while the thickness is more than we had expected.

Underneath Lumia 530, you get a 1.2Ghz quad-core Snapdragon 200 processor, the lowest in Qualcomm’s food chain. Lumia 530 is accompanied by 4 GB storage (half as much as on the 520) and 512 MB RAM. You might be startled by that last bit but worry not, a new update makes dozens of apps compatible with such phones.

A microSD slot will let you expand the memory by 128 GB.

At the back of Lumia 530 lies the sole 5 megapixel camera with 480p (no HD, unfortunately) video recording. There isn’t a flash and a selfie (front-facing) camera which is a real shame. Battery capacity is set at 1,430 mAh.

Lumia 530 runs on the latest Windows Phone 8.1 platform, so you will get Cortana plus plenty of other new features.

Lumia 530 will be priced at around $110, noticeably cheaper than rivals such as the Moto G but given the wider reach of Nokia, things are looking better for the 530.

To be honest, after the brilliant and fun 520 came along, we were expecting something special in place of its successor. While the 530 isn’t a bad package by no means, especially at this price point, it just doesn’t feel as special as its predecessor. In a few ways, it is actually a downgrade but again, Microsoft had to make a few compromises to keep costs down. 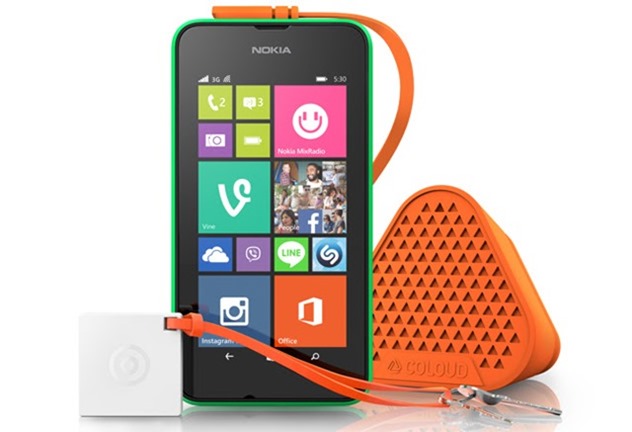 In case you really like to play your music out loud and the built-in speakers aren’t helping much, Nokia has a solution in the new Bang speaker by Coloud. The speaker runs on a rechargeable battery which can blast for up to 8 hours.

Having a peak volume level of 94 dB, the speaker will connect to your phone via 3.5mm audio jack and is available in Black, Orange and Green. With an official price tag of 19 Euros, it is surprisingly cheap too which means everyone can afford one. It is also fairly portable, weighing just 96 grams. Now that’s hard to say no to.