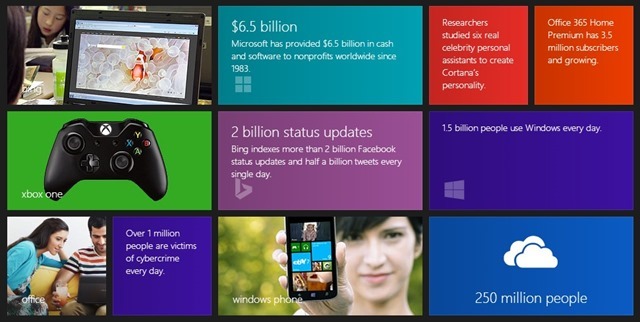 The last 100 grand out of these were just added in the last few months, which also saw some big names such as Instagram joining in the party.

The number is still put to shame by over a million apps which Android and iOS users can play around with. The platform has also seen over 2 billion downloads to date, according to Microsoft.

Just about a year ago, the total app count hovered around half of what is available now, so it is pretty clear that what was once considered the platform’s Achilles Heels is now not as big of an issue. “Hundreds more” are reportedly being added everyday.

Some big names are unavailable, still. YouTube, for instance, is still not available. Apparently, Google is not pleased with Microsoft’s ad policies on its apps and has since tried to distance itself as much from the platform as possible.

Big releases such as the latest GTA game are almost bound to hit iOS and Android first.

Microsoft has been working hard to improve this. It has reportedly even been paying developers to port successful versions of their iOS and Android apps to Windows Phone. It still suffers from the usual “chicken-and-egg” problem, though. To attract developers, it needs more users and Windows Phone is way behind in the user-count than its major rivals, and ahead of only BlackBerry.

Things will improve with time and they’d better get. With the rolling of phones towards the next billion, it is clear that it might miss out big time if it fails to improve things in the near future.