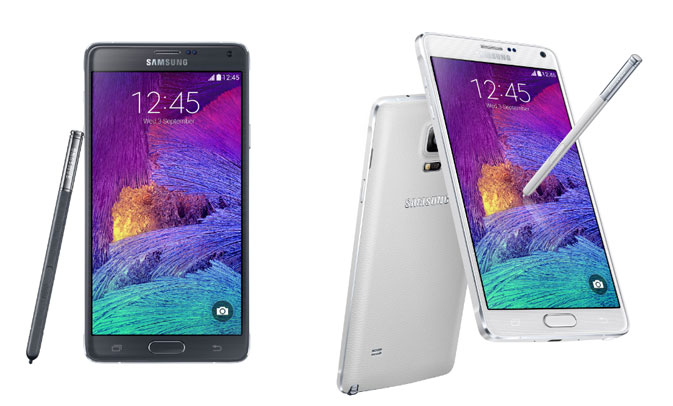 At the IFA 2014 in Berlin today, Samsung announced the successor in its line of Note phablet devices.

The Samsung Galaxy Note 4 doesn’t look much different from its predecessors in terms of design, however there are dozens of improvements on the inside.

The screen size of  Note 4 remains the same at 5.7”, but now it packs even more pixels, sporting a Quad HD 2560 x 1440 resolution (which converts to 515ppi pixel density). As usual its a Super AMOLED screen, protected by 2.5D Gorilla Glass 3 layer.

Note 4 isn’t a plastic phone any more, it incorporates the metal frame from Galaxy Alpha, which replaces the chromed plastic used in the earlier editions and gives a more premium feel. The faux leather back remains unchanged, however the stitching pattern is now gone.

On the inside Note 4 is powered by a quad-core 2.7GHz Snapdragon 805 processor, Adreno 420 GPU, 3GB of RAM and 32GB internal storage with an option to expand it via microSD card.

For some markets — including Pakistan — a separate version will be launched featuring 64-bit octa-core 1.9GHz Exynos 5433 processor with Mali-T760 GPU.

The camera department has been upgraded as well with a 16-megapixel primary sensor and optical image stabilization. It can record 4K videos and the software UI has also been improved. On the front there is a secondary 3.7-megapixel sensor with a large f/1.9 aperture.

Note 4 is powered by a 3220mAh removable battery, which supports Adaptive fast charging and Quick charge 2.0. It reduces the charging time and phone gets 50% charge in just 30 minutes with selected AC adapter, just like VOOC in Oppo phones which goes 75% in 30 minutes. 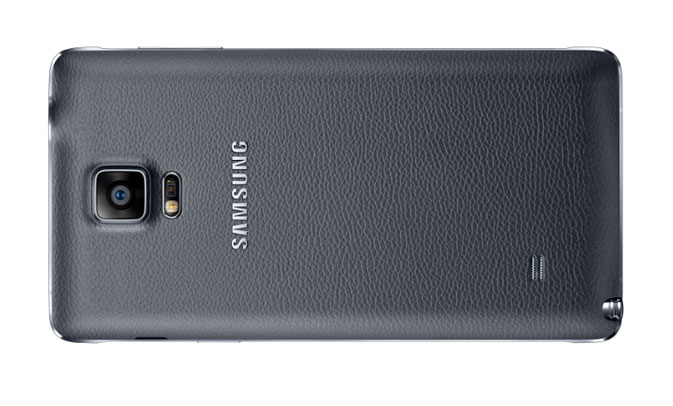 On the software side, the newest Note 4 runs on Android KitKat 4.4.4 along with Samsung’s proprietary TouchWiz on top of it. The interface has been tweaked a little and the built in applications like S Health and S Note are also improved.

Samsung said that the Galaxy Note 4 will be available in select markets during October, but the pricing details haven’t been announced yet. Keeping the past experiences in mind, we can assume that this device will make its way to Pakistan’s market in late December.

Here are specs of Note 4 for your review: