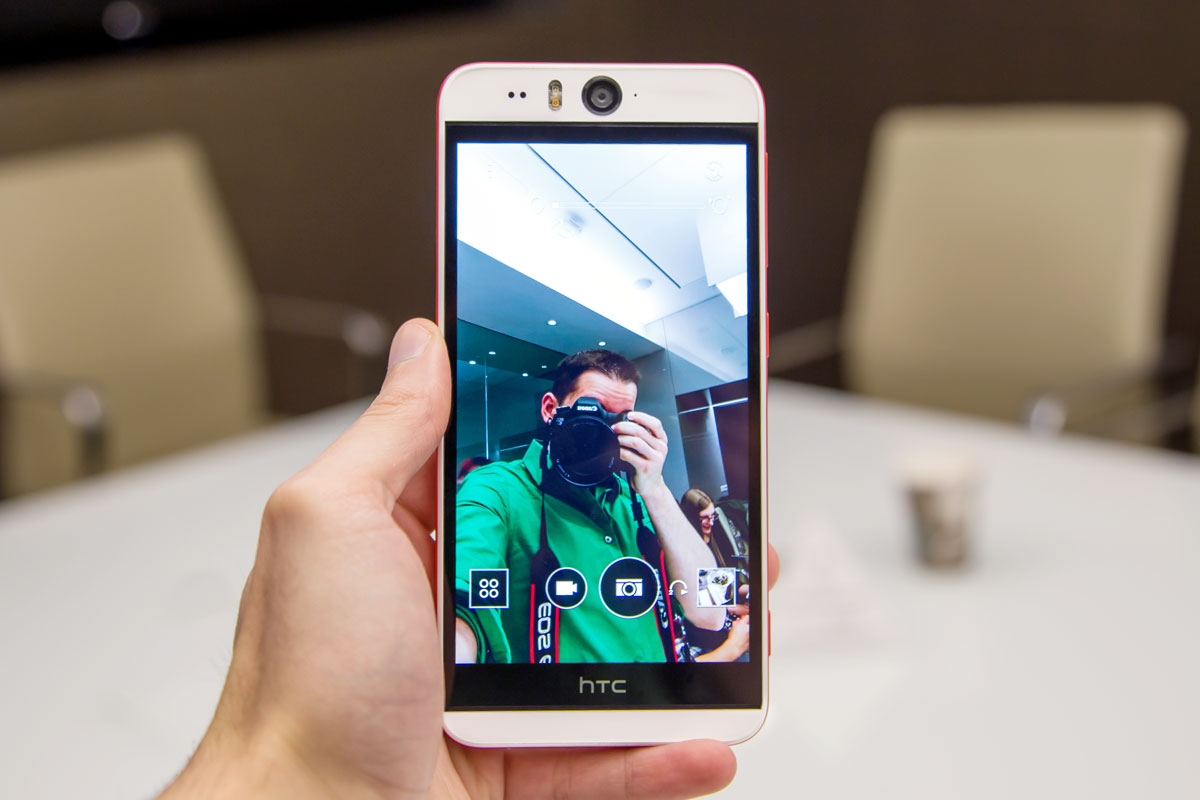 It is no surprise that every smartphone-maker nowadays is trying to capitalize on the self-portrait trend and HTC is jumping in too. Its new phone, the Desire Eye, on paper is the king of the lot and will feature a top-grade front shooter.

Sitting dead at the middle, the sensor will be of 13 megapixel resolution with autofocus, capable of shooting 1080p video recording and even accompanied by a dual-LED Flash. Now we’re talking. 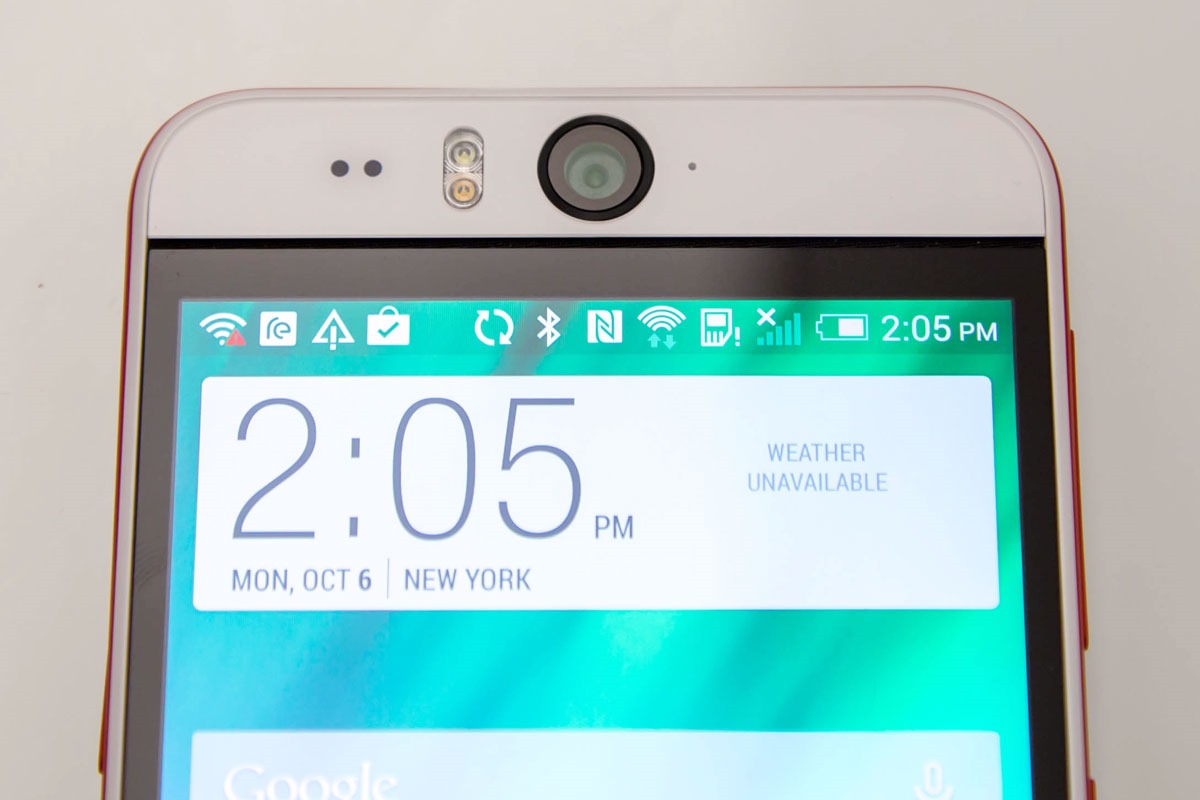 The great thing is that HTC didn’t stop there; the internal is very much similar to the One (M8) flagship too. You have a 5.2″ 1080p display at the front. That’s powered by a quad-core Qualcomm Snapdragon 801 processor with 2 GB RAM. The back features the same 13 megapixel shooter as the front. The body is unfortunately made of plastic, than aluminium.

Coupled with that is IPX7-certification which will allow the phone to take a dip underwater for 30 minutes and BoomSound speakers which aren’t as obvious now. And you also get a physical key for snapping.

There are a few camera-eccentric apps as well, namely the Eye Experience and the Eye Zoe. The former allows you to find up to four faces and then display them in their own frames. Another lets you to add your own image to another background, using both the cameras while one allows you to display your selfie over another person’s face. There are also voice commands for shooting a selfie or starting a video instantaneously. Finally, there is Zoe which comes with group editing.

Considering this is HTC, though, we would be a little sceptical about the quality of the images shot so we can’t give you the final word just yet. The Eye will probably cost as much as few flagships, is not very attractive and is far from practical but when it comes to entire offerings, it is easily among the most creative ones around.

Below is the run-down of specs for HTC Desire Eye: